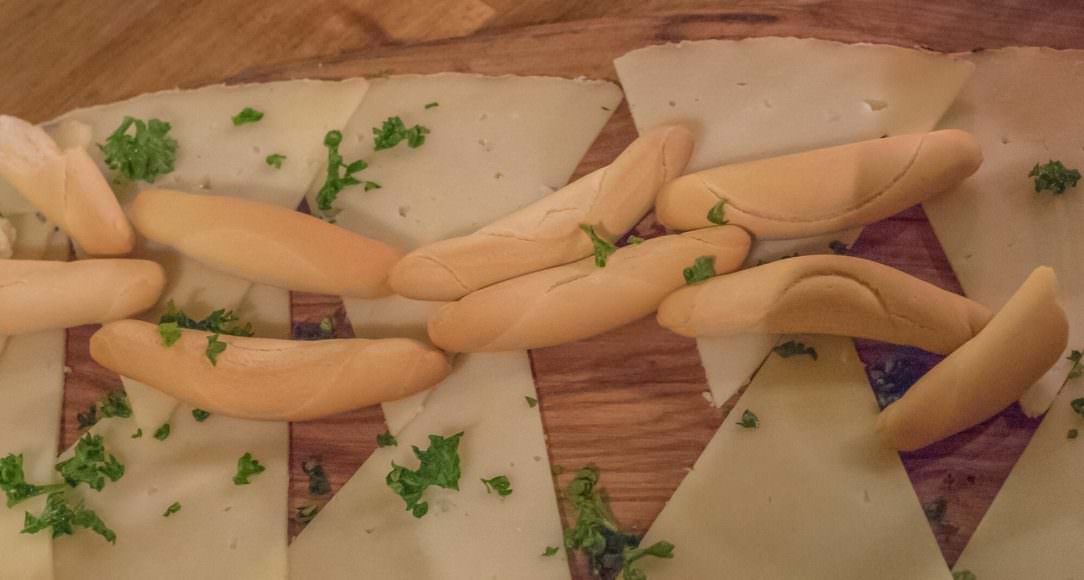 I think you will agree with me when I say that trying dishes of other countries is another way of exploring the world, a way of traveling and expanding your mind that you can enjoy even without leaving your own town if you wish.

I’m quite a foodie myself and I love learning all sorts of stuff about the everyday life of a culture by getting a bit adventurous when it comes to putting food in my mouth (pig intestine and snake in China, scorpions in Thailand, catfish straight out of the Amazon,…)

Are you an adventurous foodie yourself too? I’m sure I’m not alone here! Comment and let’s chat!

I am also a Spaniard and I’ve been living the expat life for quite some time now. This does not mean I have forgotten the flavours of my country though. In fact, I think I appreciate them much more now that I cannot enjoy them every day. Probably that’s why my Spanish blood freezes and my neck hair rises when I read a self-proclaimed Spanish recipe that calls for a fat other than virgin olive oil.

So trust me, I know what I’m talking about here.

Let’s start this one with a question. What is the first image that comes to your mind when you hear anyone talking about Spanish Tapas? 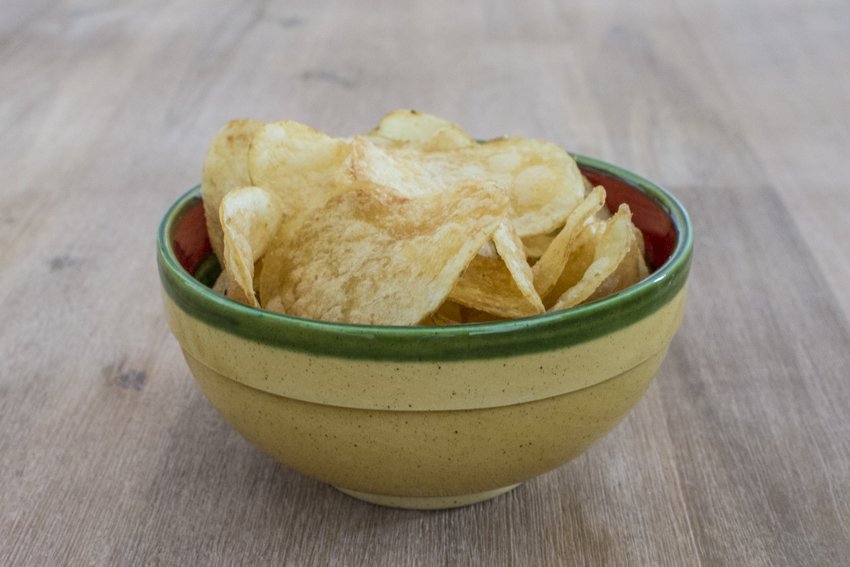 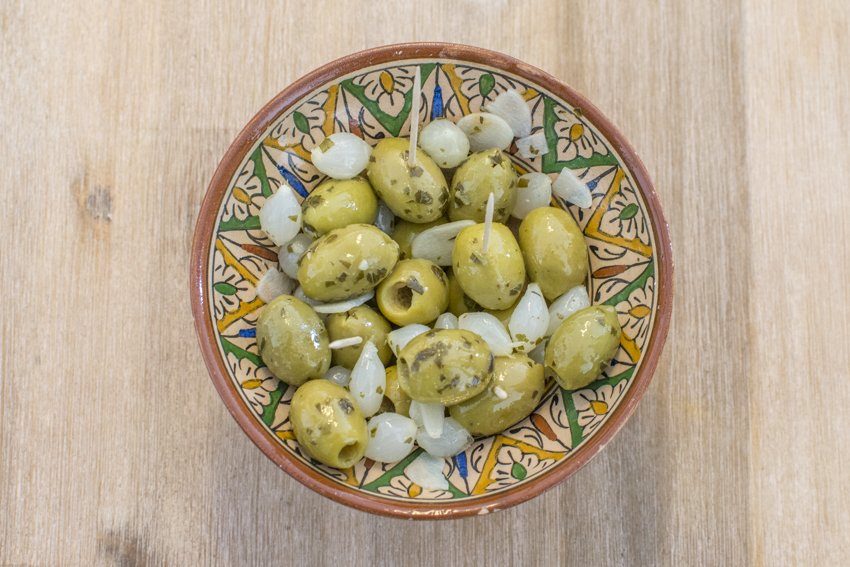 Or you just have no idea what Tapas are?

Well, in any case just keep reading because in this post you’re going to learn a whole lot about them.

Nowadays, tapas (or bocas in Mexico) are any sort of savory dish (never sweet) served in small portions normally together with a glass of red wine or a cold beer. In the North of Spain you might also see pinchos which are even smaller savory portions pinchadas with a toothpick on a piece of bread.

One can actually have a full meal out of several tapas and you have the chance to sample different delicious dishes and to share them with the girl or gal sitting besides you at the bar or even with a big group of awesome friends as we did for this post. Thank you guys!

Anything can happen at tapas time! Well, almost anything, don’t get too crazy here.

A little bit of history

Nobody in Spain seems to agree on when and why tapas were served for the first time. Some believe tapas appeared during the reign of the Catholic Monarchs (XV century) after a series of quarrels between drunk people at the exit of taverns, as a little something to eat before drinking wine and thus lightening the effects of alcohol.

According to another myth, a witted waiter of the XIX century covered the glass of wine of King Alfonso XIII of Spain with a slice of cured ham as a lid (a tapa, in Spanish) to keep dust and insects from spoiling the liquor. After that, the glass of wine with the tapa became fashionable amongst all members of the Court and after that amongst everybody else.

Whatever the origin of tapas, they might be the most exported iconic element of the Spanish cuisine. And they are delicious! All of them!

Still today in some regions of Spain (say for example Andalucia, in the south) you get a tapa for free every time you order a drink, as a courtesy to the patrons or in the hope you’ll not get drunk too soon and will keep consuming, you never know. However if you’re not lucky enough to get your free tapa don’t worry too much, you can always order from the endless variety on the counter of every bar. Easy!

The lingo around spanish tapas

So, say you didn’t get your free tapa. Let’s order some then! Unless you like risky choices, when it comes to tapas you better have an idea of what you’re ordering.

You can guess of course, tapas are not rocket science but it’s always helpful to have a little idea, specially next time you join the crowd at lunch time in any given bar in Spain and you find yourself having to decide your order in a split second when the waiter behind the tapas bar faces your way and says –Qué va a ser?!-

Here you have a few options to get you started with confidence: 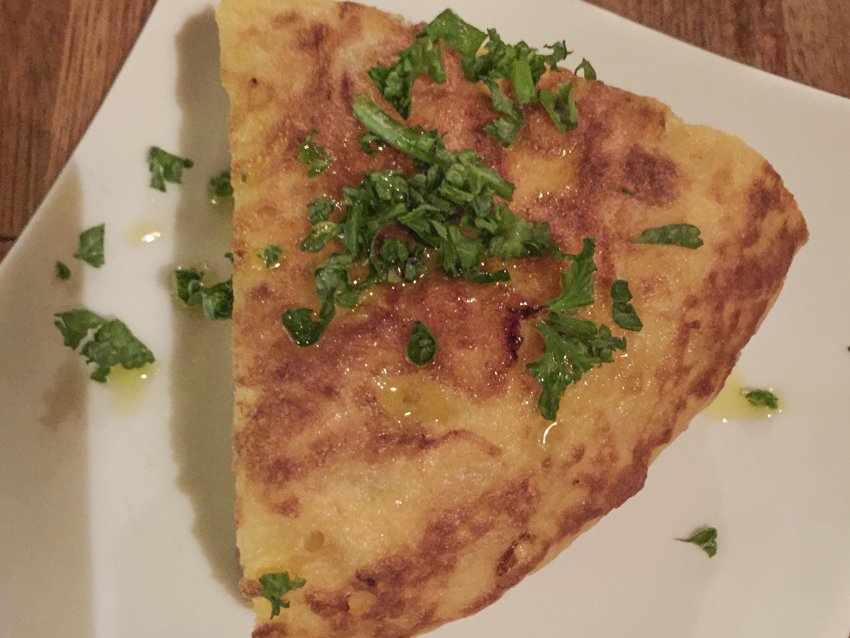 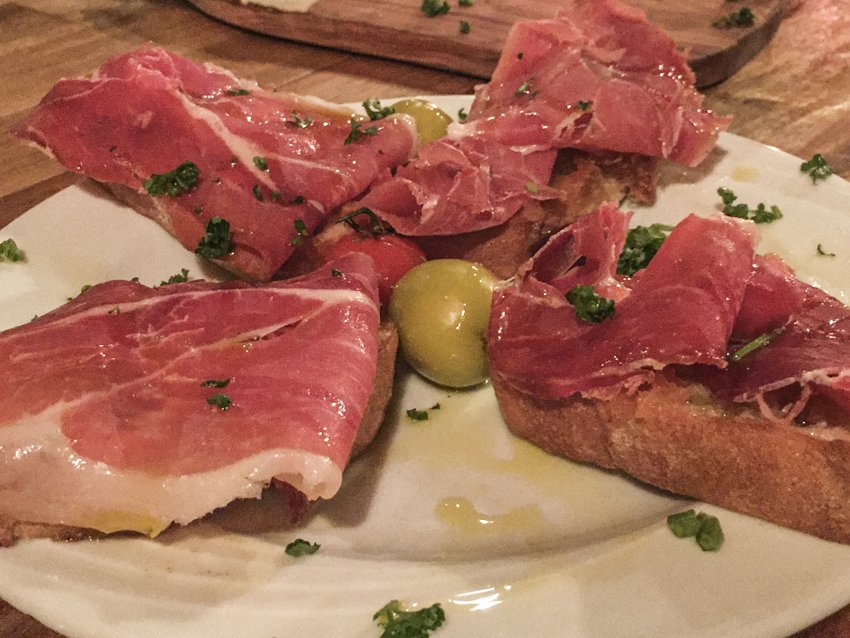 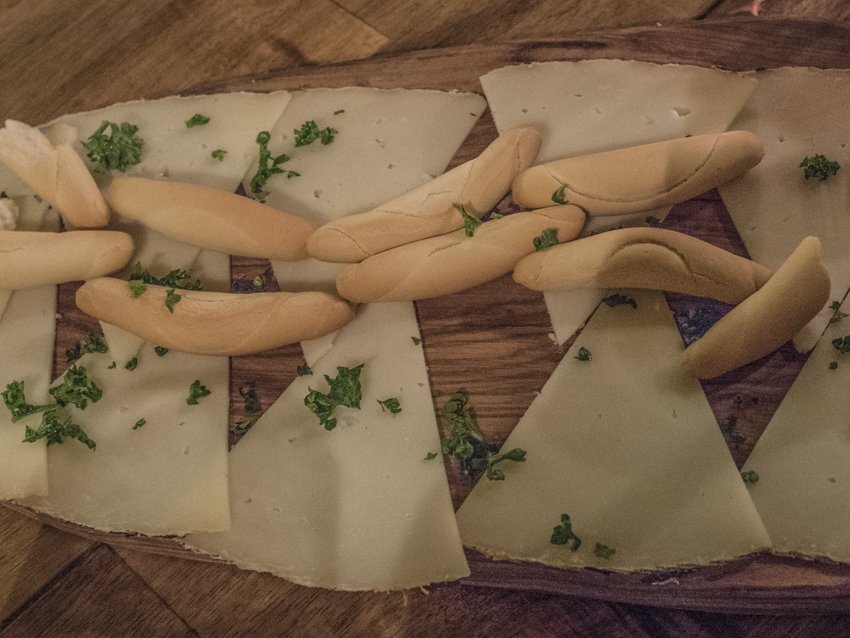 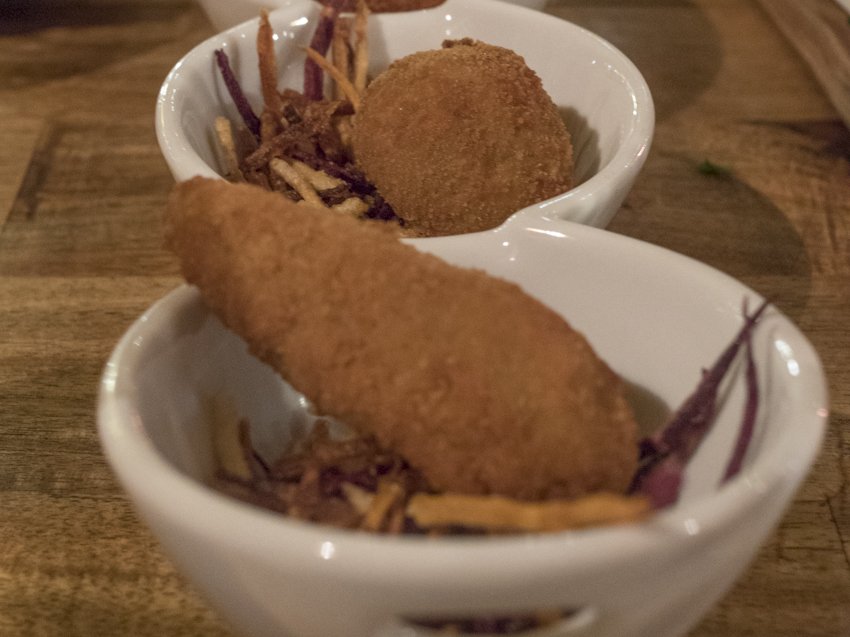 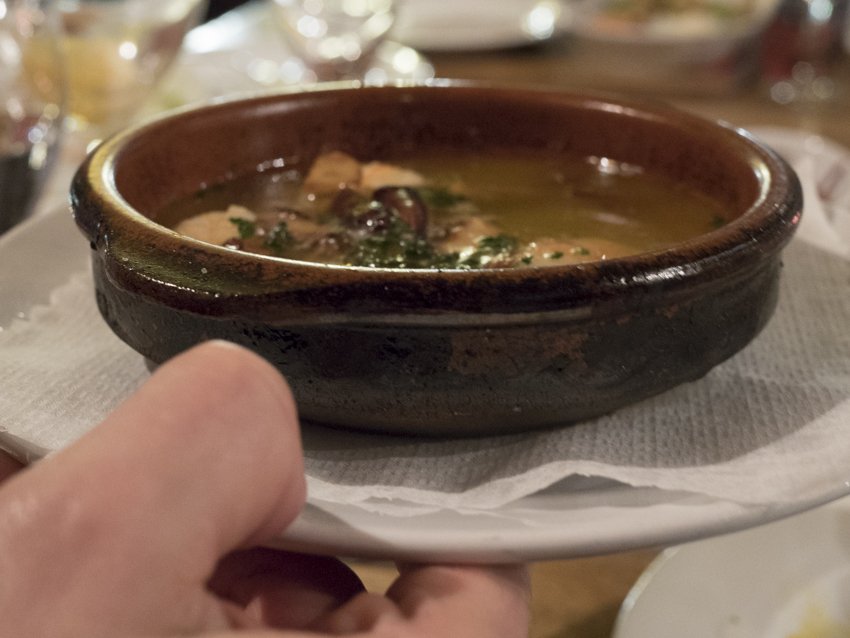 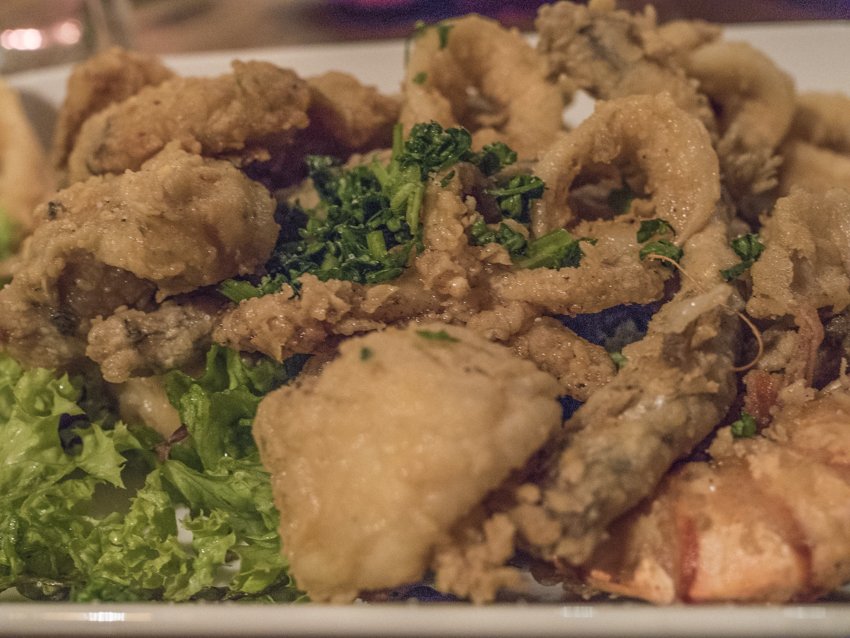 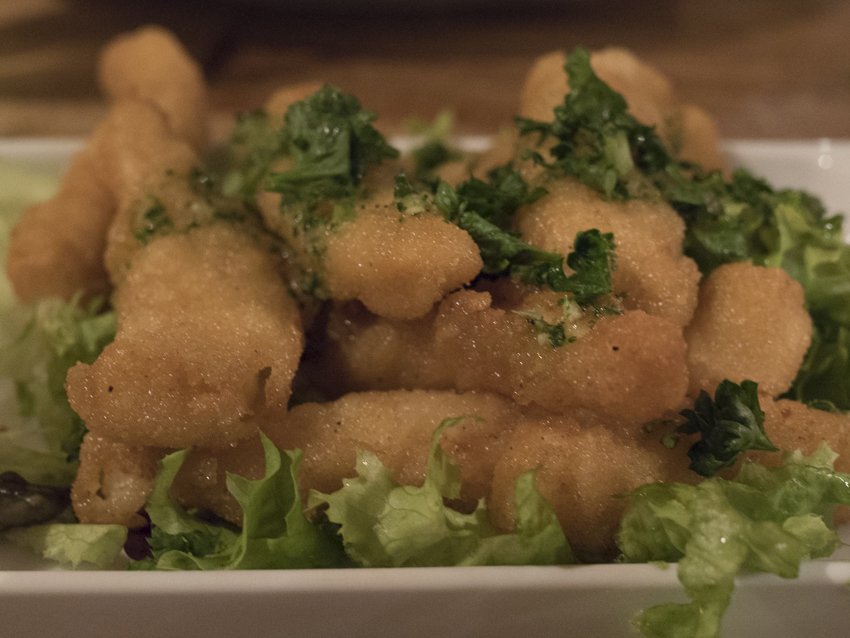 And if you think tapas are not for vegetarians, think twice!

Besides the Gazpacho Andaluz (cold tomato and vegetable cream), its thicker cousin the Salmorejo (creamier, with added stale bread and olive oil) or the Ajo blanco (a chilled soup of blanched almonds and garlic), as a vegetarian you can go for croquetas filled with leek and mushrooms, spinach and pine nuts, cheese and walnuts, chickpeas and garlic, potato and saffron… If you allow eggs in your diet, the Tortilla de patatas I mentioned before is perfect for you too, or even the Pisto Manchego (a stew of tomato, onion, eggplant and courgette, normally decorated with a friend egg on top).

Also, if you guys are still feeling a bit left out at tapas’ time with so much ham and meat around, the Patatas bravas, the Champiñones al ajillo or the Pimientos del Padrón will comfort you. 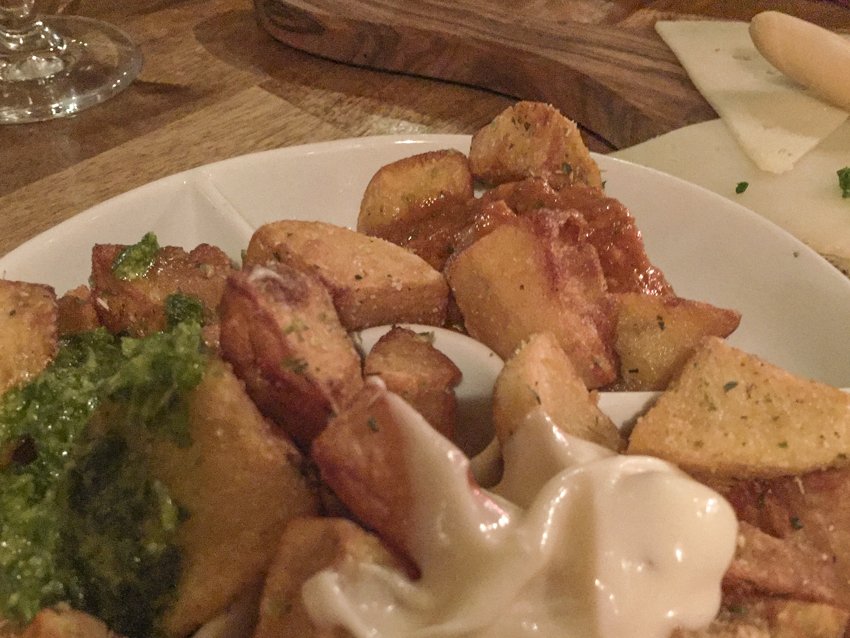 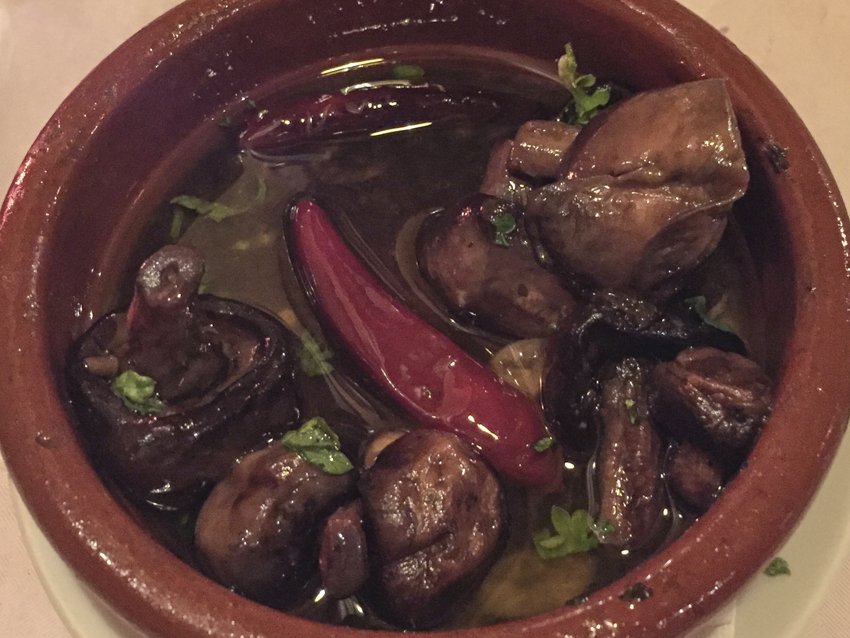 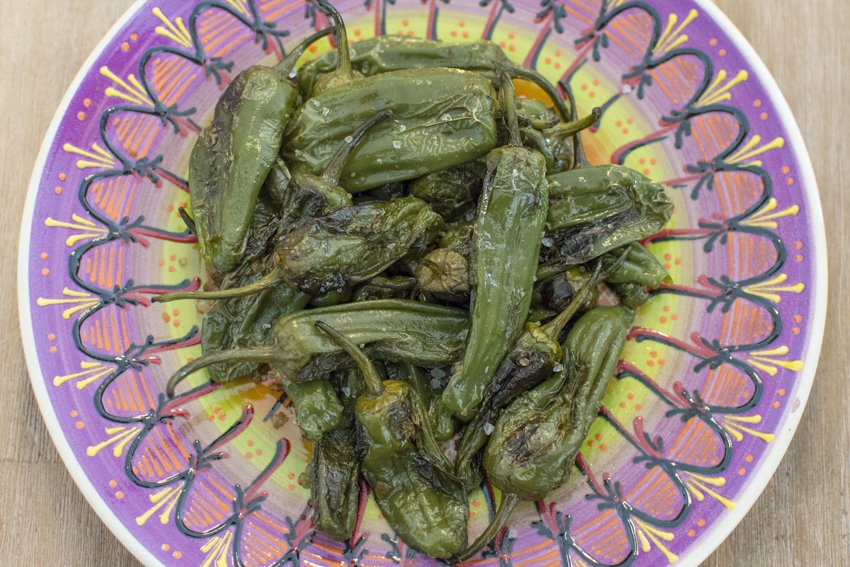 What to drink, you say?

Right! You have a couple of tapas in front of you. Now what? You might wanna get something to wash them down. A glass of wine, a beer, some sangria,… The options are endless.

With Michelle and our friends we recently discovered that our favourite Spanish restaurant in Munich (yes, you read correct, in Germany) has sangria with red and white wines, AND champaign! So tempting!

Probably that’s why some of the pictures in this post are a bit blurry hahaha. 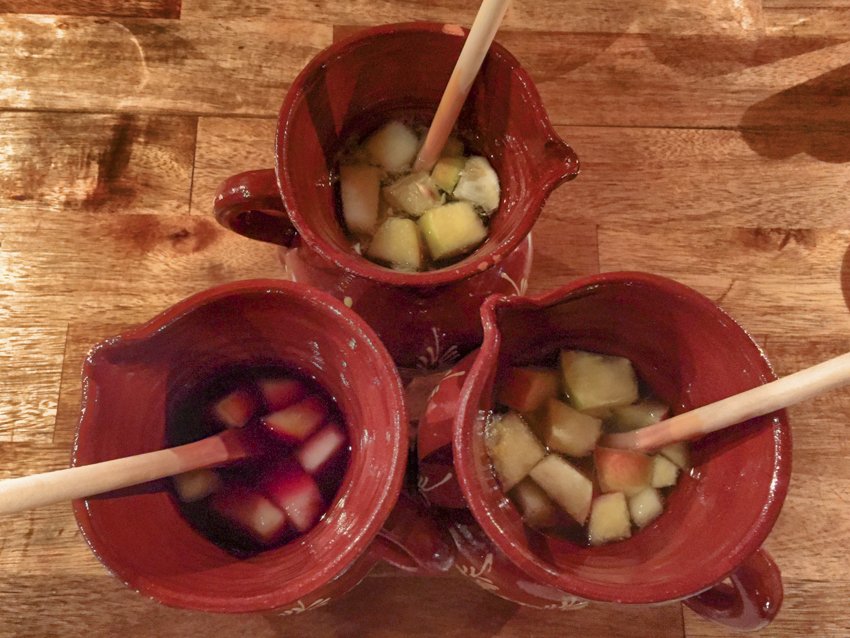 And what about a shot (a chupito in Spanish) after the feast? ¡Salud! 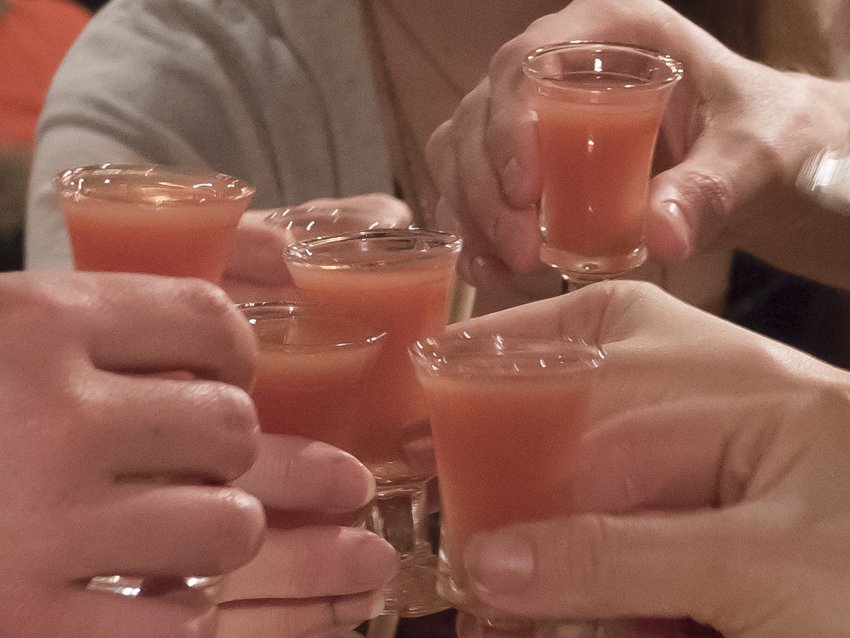 Before you start digging in

All those tapas on display at the bar look definitely awesome, so yummy all of them! But don’t get too crazy with the orders! 3 tapas per person is a good starting point, don’t let your eyes get bigger than your belly!

If you read till here I bet you feel hungry now! Have you ever tried Spanish tapas? Where was it and which was your favourite one! Just let me know in the comments section!

5 Comments on “Do You Really Know What Spanish Tapas Are?”. Join the Conversation Here!