15 Books To Keep You Inspired in Between Trips 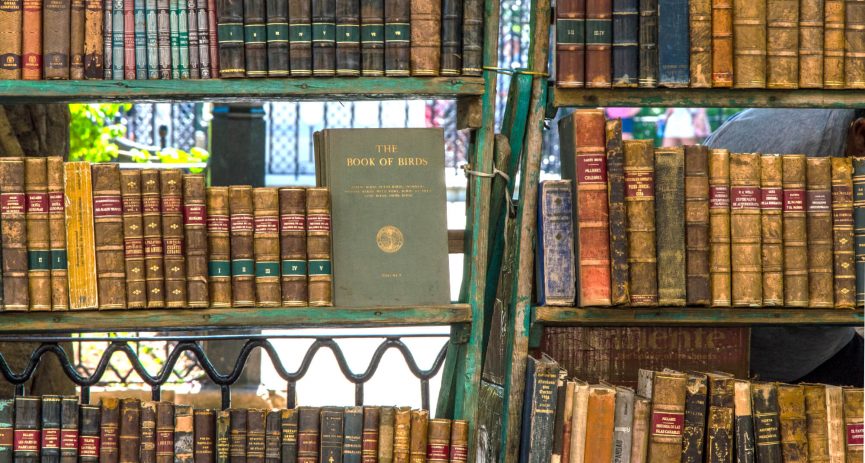 I love a good book. One you can’t put down that you stay up way too late on a school night to read “just one more chapter”. I have read so many books that have inspired me to travel or I have read after travelling to a place so as to gain a better understanding of the culture or history. Whether it be fiction or non-fiction if a book involves some form of travel I’m usually hooked.

What better way to keep you going until the next trip, especially during a pandemic?

I have put together a short list of books to keep you inspired in between trips. I’ve tried to cover various parts of the world in order to satisfy everyone’s bucket list. Enjoy! 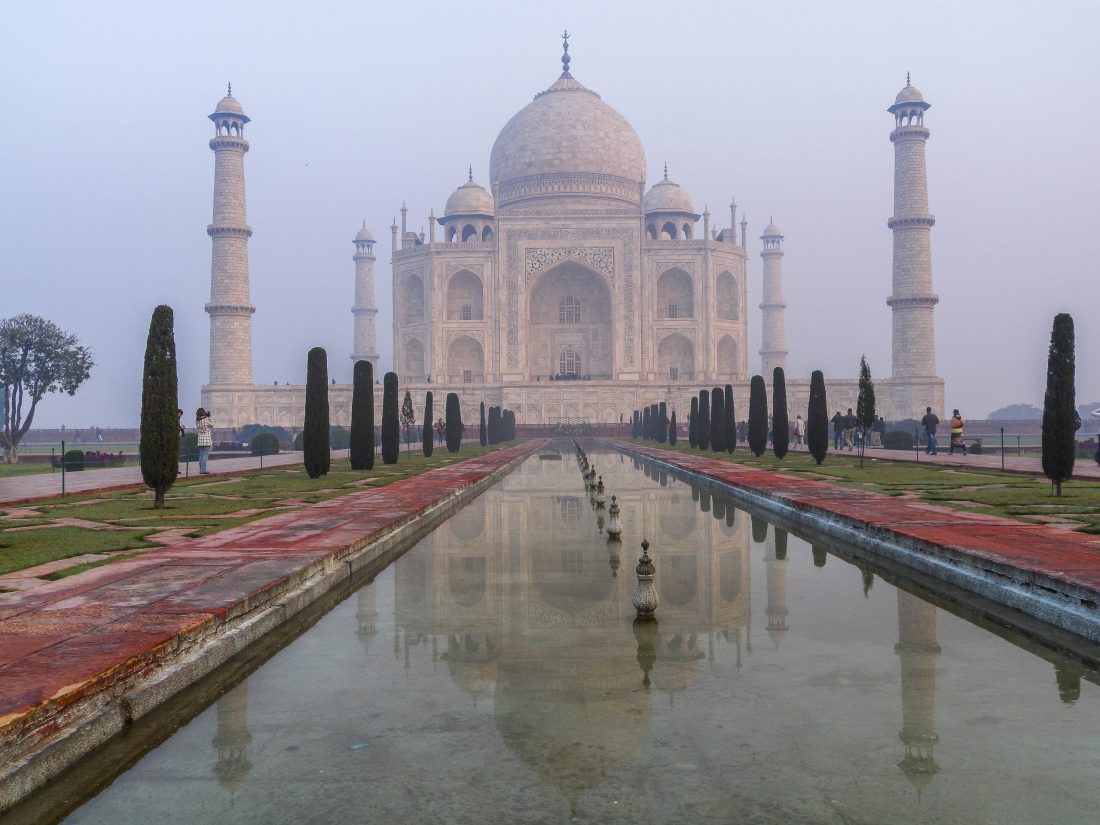 Holy Cow (Sarah MacDonald) is a true story about an Aussie who after backpacking in India as a twenty-one year old never thought she would return. Eleven years later she followed her partner back to New Delhi where the adventure really began. She faced a near-death experience that caused her to question her own mortality. This led Sarah to travel around India and explore a multitude of faiths, meet people such as the Dalai Lama to Bollywood stars, and everyone in between. A comical, often in-your-face story about the ups and downs of life when travelling in a country so different to your own.

The Henna Artist (Alka Joshi) had me hooked from the beginning. It is a story based in India just after the British have left. Despite it being fiction the historical element to it brings to light what life was like after colonialism. The story follows Lakshmi, a henna artist to the elite in Jaipur who has fled an abusive marriage in a small village. The complex story contains many interesting characters that lead to a number of complex storylines. I already have the second book, The Secret Keeper of Jaipur, of a planned trilogy on order.

Check out our post on my worst travel experience to India here. 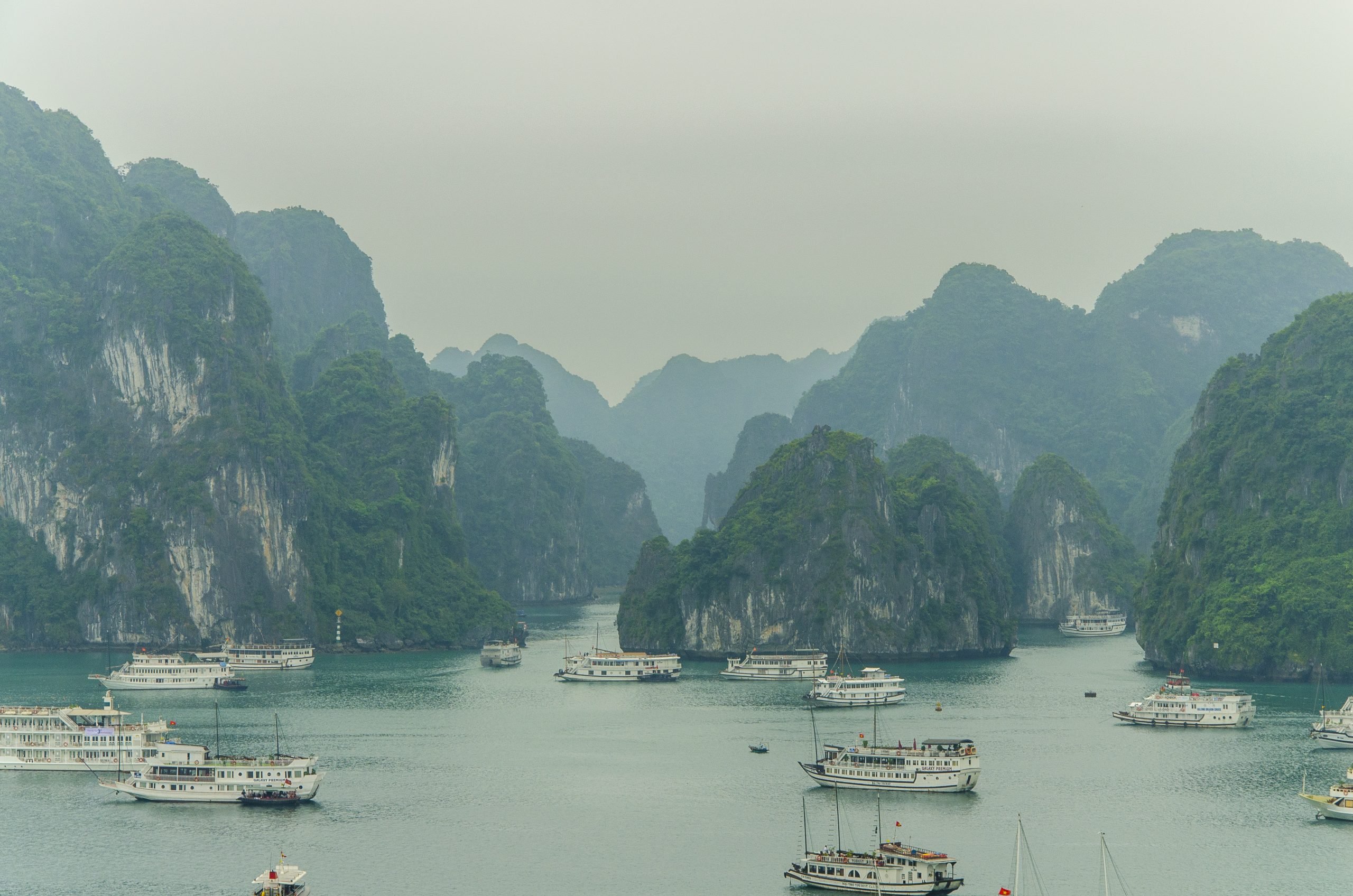 Catfish and Mandala: A Two-Wheeled Voyage Through the Landscape and Memory of Vietnam (Andrew X. Pham). I couldn’t put this riveting book down, it most definitely influenced me to travel through Vietnam. The author travels back to his home country after his family escaped the war. He travels for most of the time on an old rickety bike and discovers more about himself and his heritage than he could have anticipated.

The Girl in the Picture (Denise Chong) has been recommended to me by a couple of people and I am yet to read it but it is patiently waiting its turn on our bookshelf. This is about Kim Phuc (now a UNESCO spokesperson), a girl who was captured on film running from her village after a napalm attack during the Vietnam War. The unforgettable picture of her escaping the clutches of war was published around the world. The book is about how the photograph came to be and what happened to Kim Phuc afterward. 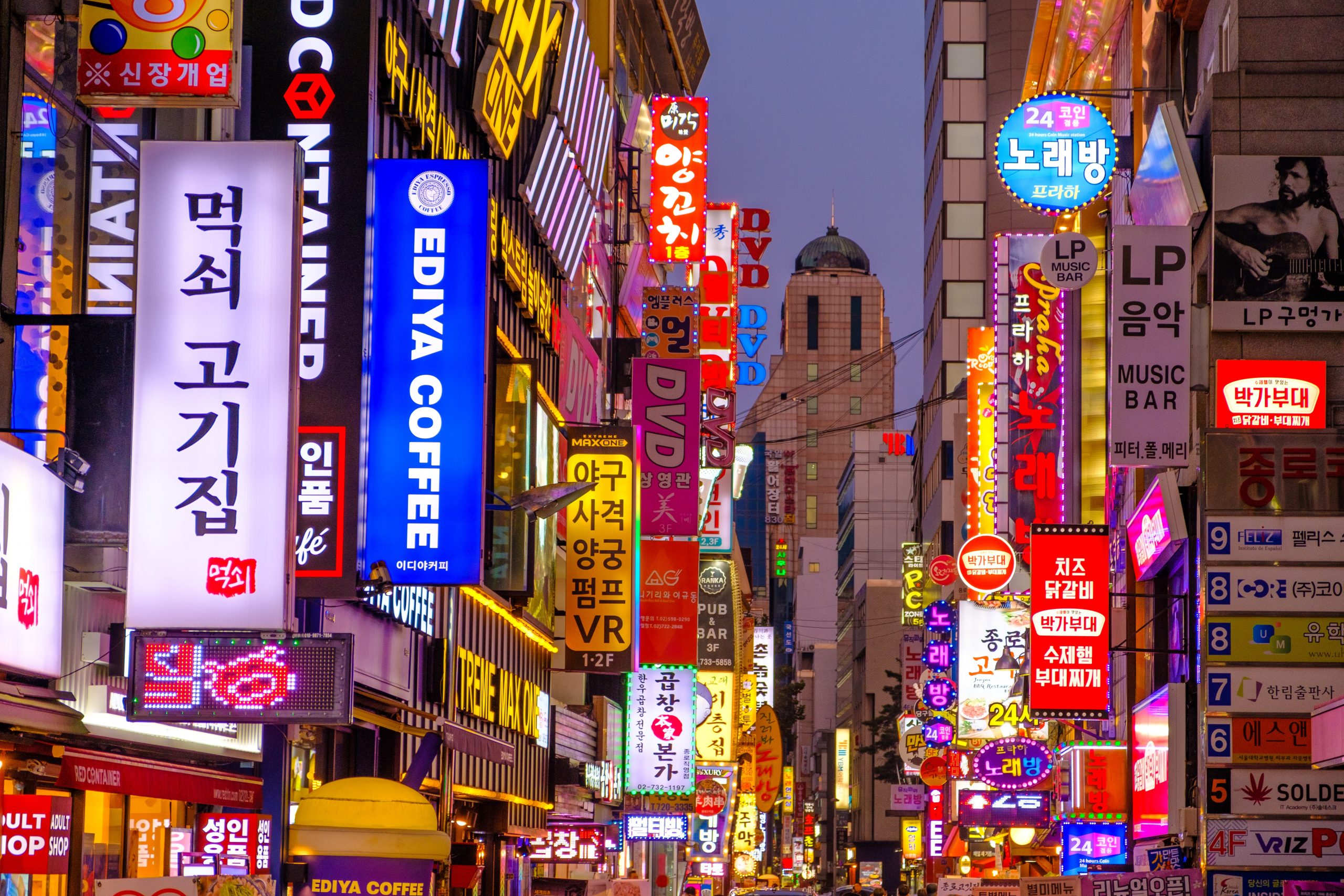 The Girl With Seven Names: A North Korean Defectors Story (Hyeonseo Lee and David John). No, I don’t now want to go to North Korea BUT South Korea is definitely on our travel bucket list now that we are living in Hong Kong. As the title implies, it is about a girl who escapes from North Korea at the age of 17. The book details her epic, sometimes life-threatening, journey to freedom. Part one describes her life growing up in North Korea which is definitely an eye-opener. A true story full of heartbreak and terrifying experiences but also of courage, determination, and resilience of the human spirit. 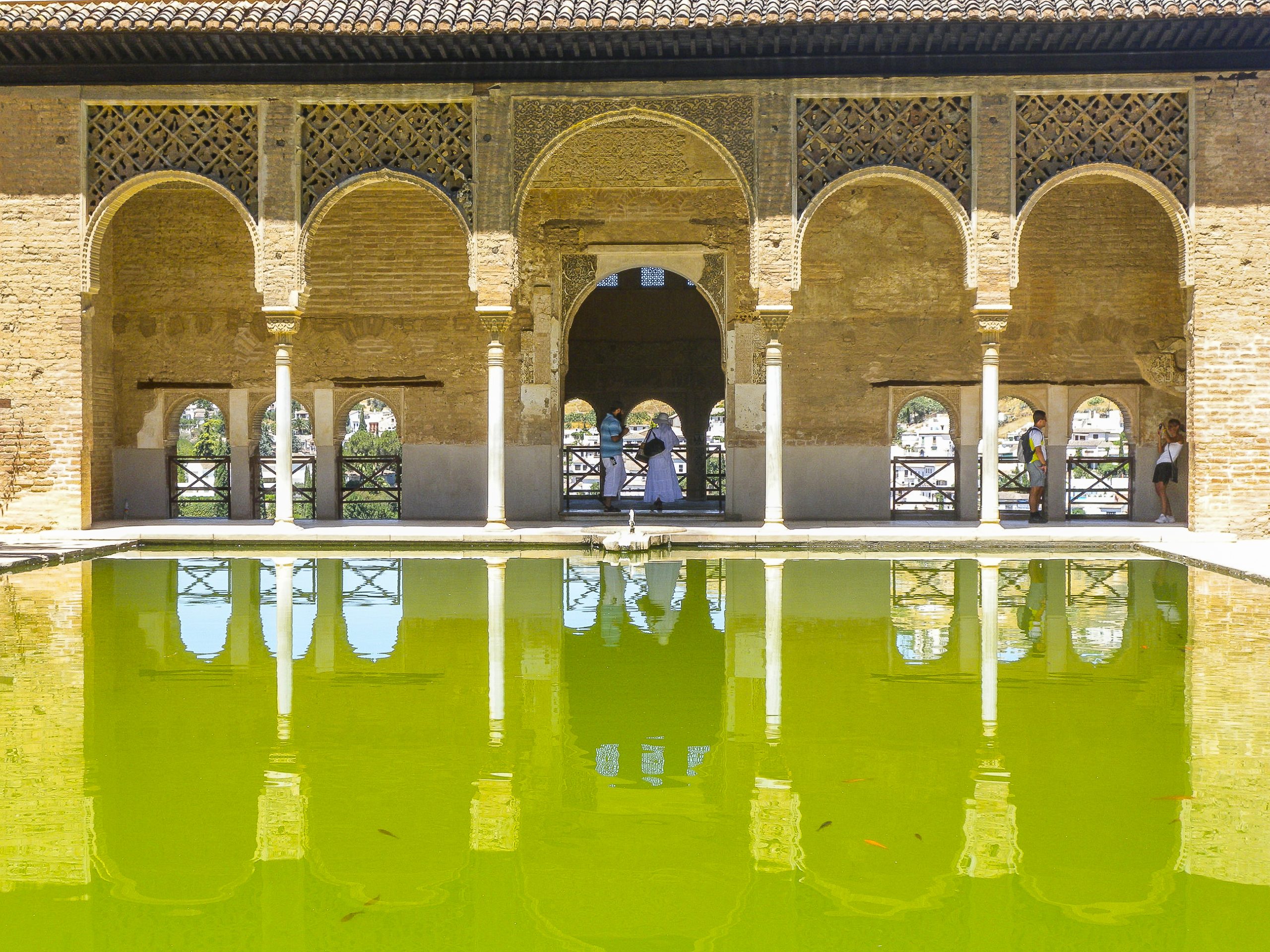 Driving Over Lemons (Chris Stewart) is the first of a trilogy about Chris and his wife who move from the UK to live on a farm in the South of Spain. The trilogy is about how they manage to create a reasonably self-sufficient farm and the hardships and triumphs they endure in doing so. All three books are híghly recommended. 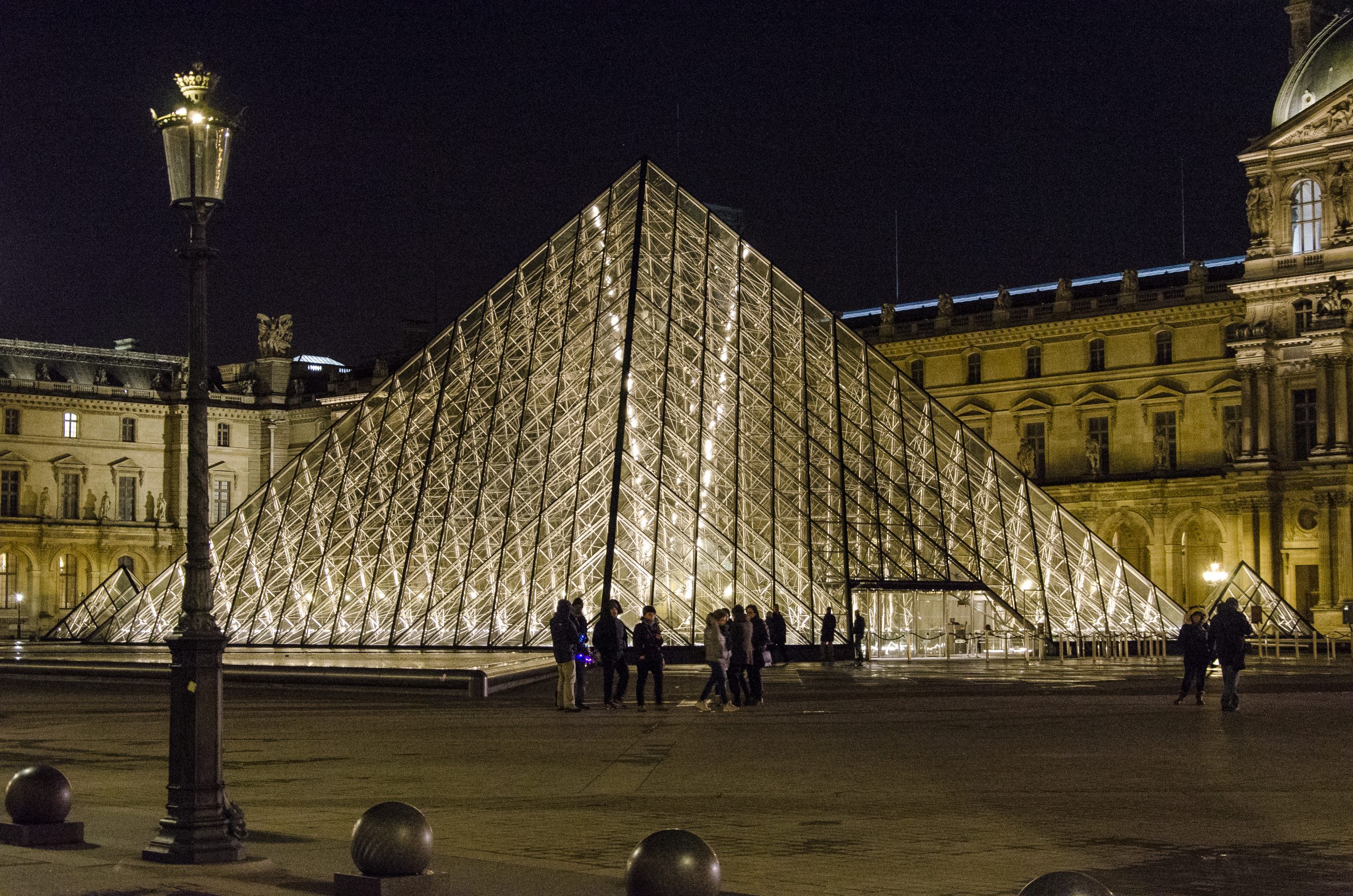 Paris Letters (Janice Mcleod) is a bit of chick-lit (girly literature). I admit I don’t mind this type of trashy read every now and then, ok, I’ll admit, on a regular basis. A story about a burnt-out woman who escapes her nine-to-five job and finds love in Paris.

Read about how to spend an unforgettable weekend in Paris here. 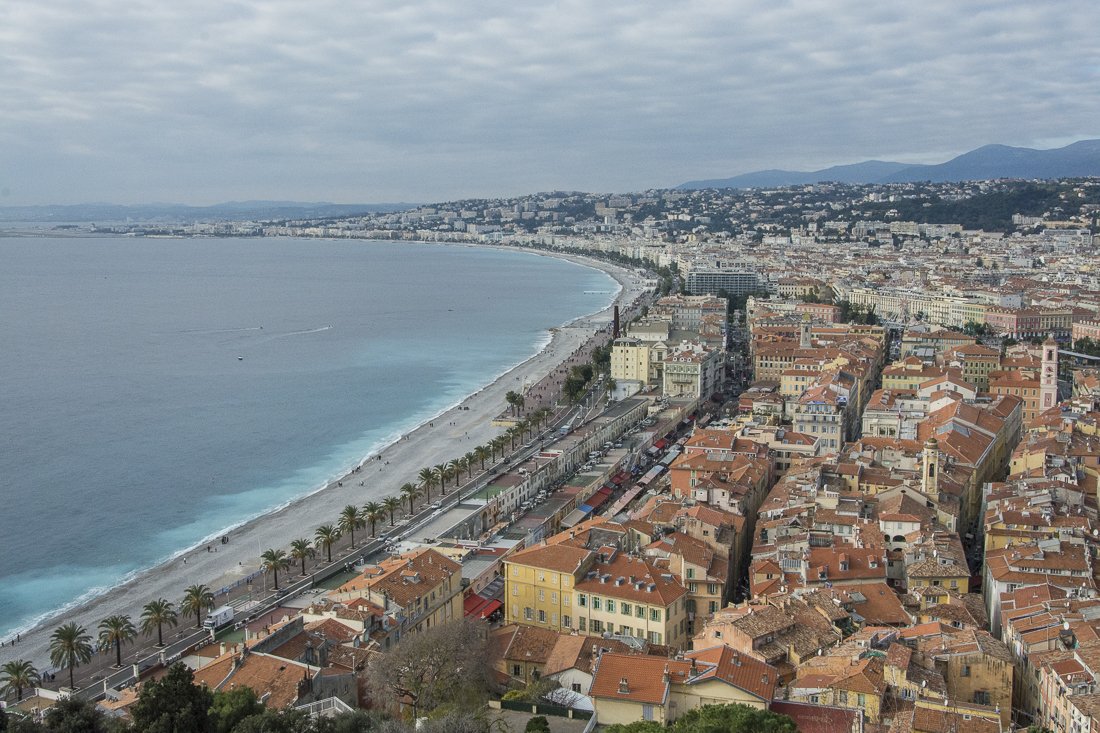 While I’m talking about France, I couldn’t put down A Year in Provence (Peter Mayle). He and his wife decide to retire and buy property in the South of France. This comedic tale of their first year living in a quaint village in Provence makes you want to pack up leave straight away.

Any book by Bill Bryson will provide comic relief while rousing you to pack that suitcase and get on a plane. Neither Here Nor There is filled with tales of mishaps he encountered on a trip around Europe. Even if you have been to Europe, it provides a good laugh. The nice thing about reading a book set in place you have visited, it makes it more relatable. You are able to associate with the scenes, picture them in your mind as you become engrossed page after page. 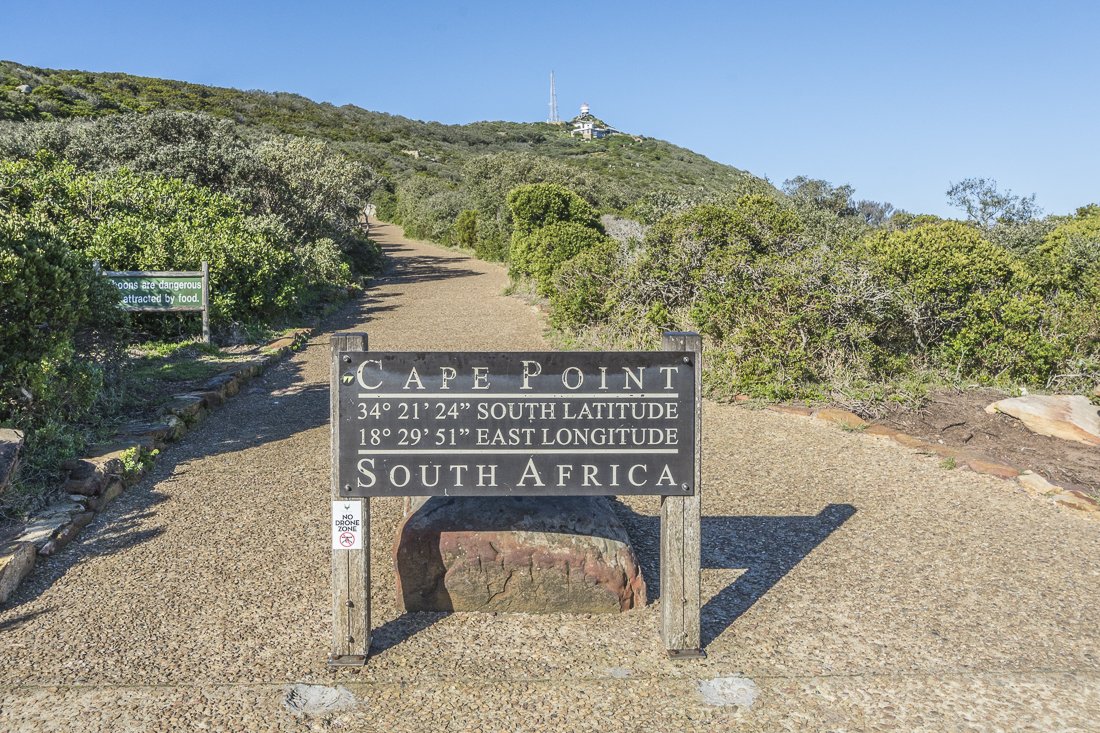 Long Walk to Freedom (Nelson Mandela) and A Sunday at the Pool in Kigali (Gil Courtemanche) both spurred on several trips to Africa, not that I needed much encouragement. Despite neither book being as light as any of the other books I have mentioned, they certainly gave me a better understanding of the recent history that has happened in both South Africa and Rwanda respectively.

Check out our recent trip to South Africa. 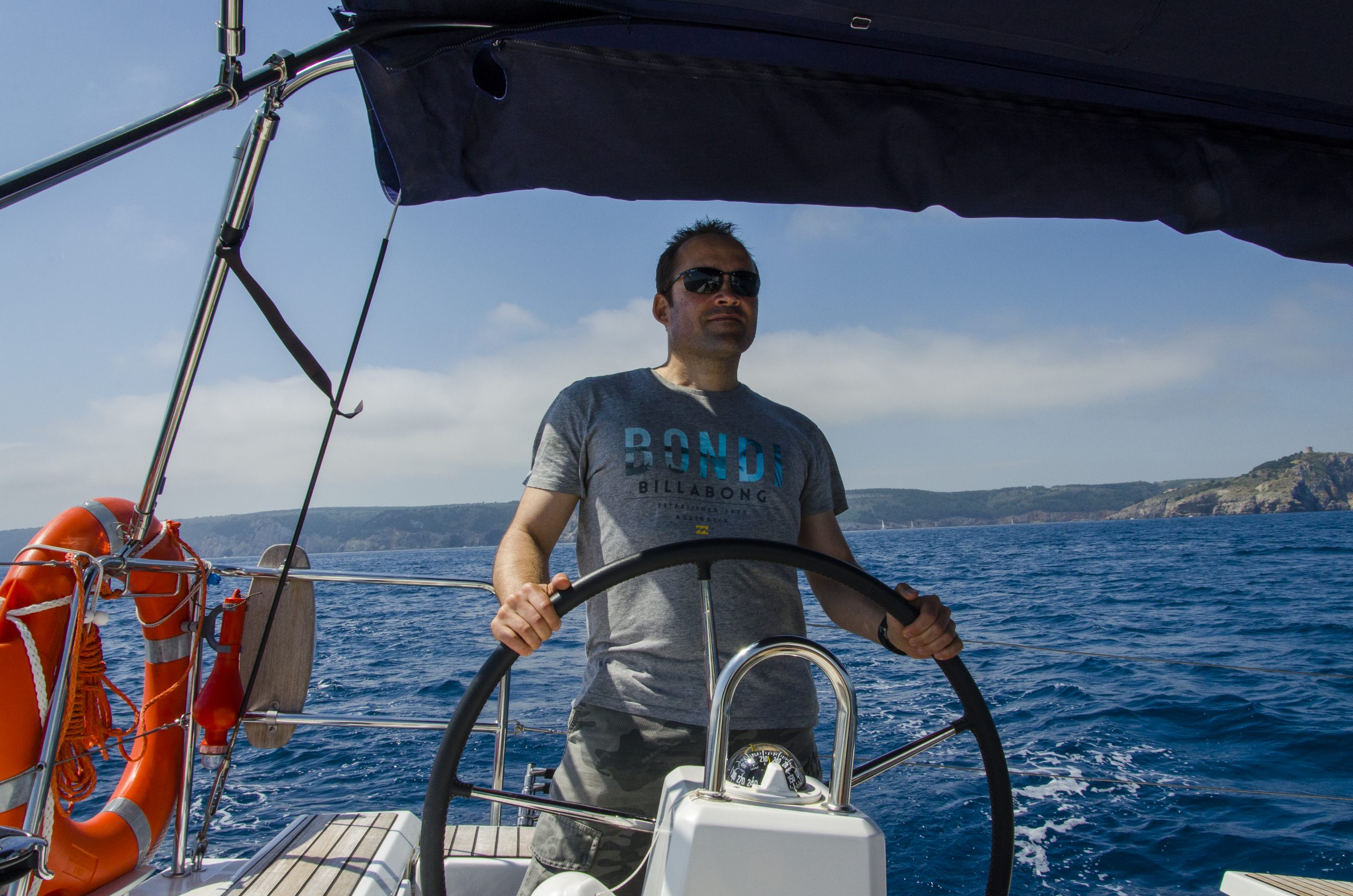 I recently finished Love With a Chance of Drowning (Torre DeRoche). This true story of an American/Aussie who moves to America to find herself, only to end up falling in love with an Argentinian who convinces her to go sailing across the Pacific Ocean. Oh, and I should add she has a fear of the ocean. A compelling and humorous read in that self-deprecating way that only Aussies can be. I loved the book so much that I quickly ordered her second book, The Worrier’s Guide to the End of the World: Love, Loss and other Catastrophes – Through Italy, India and Beyond. I loved it as much as the first. 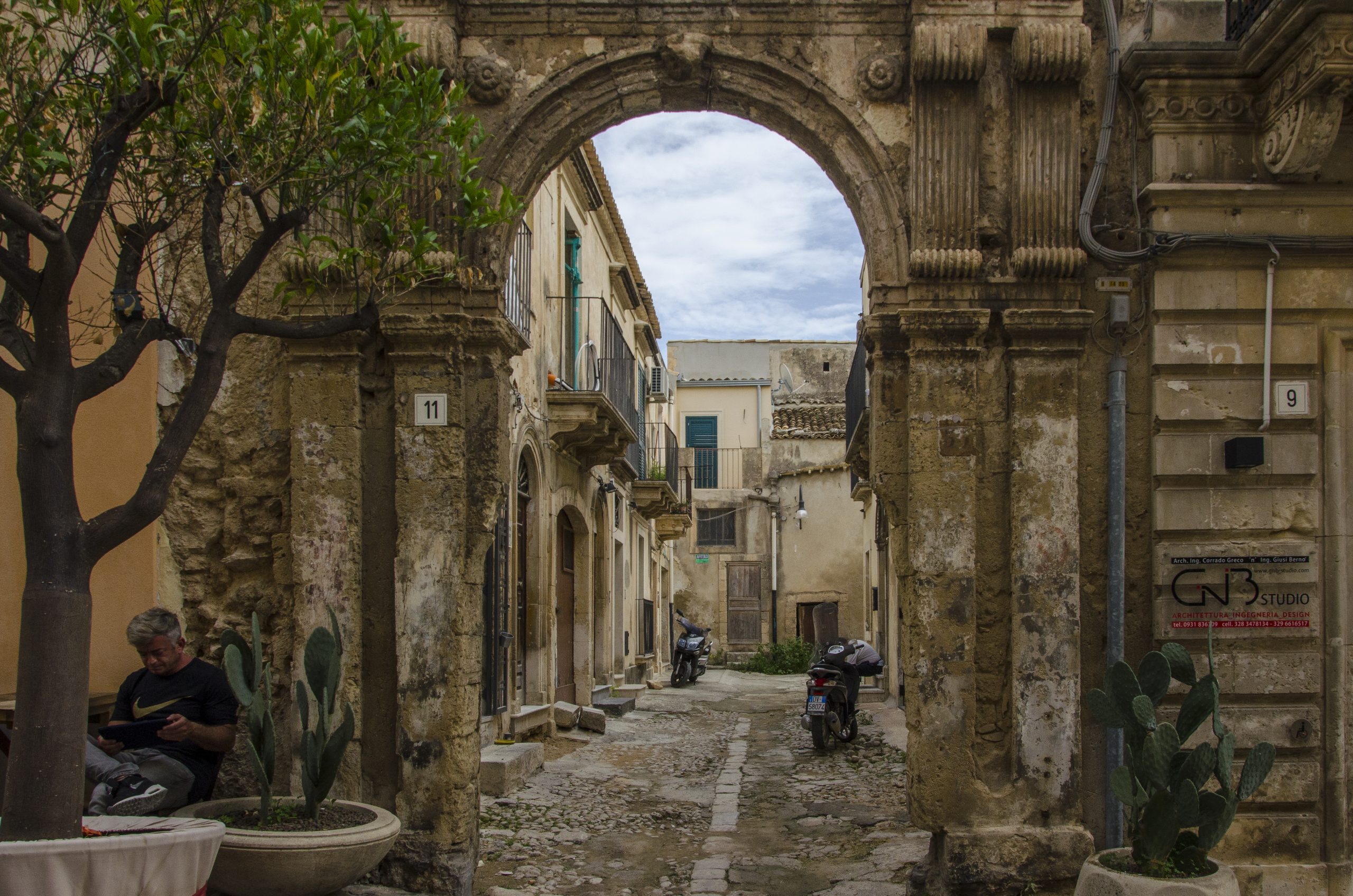 As corny as some people may think Eat, Pray, Love (Elizabeth Gilbert) is, you can’t deny that the book did a lot for tourism in Italy, India and Indonesia. Some may argue that it has hurt tourism and created overpopulation. However, I personally still like the book. I think she paints a vivid picture of the places she visits, allowing the reader to escape there with her. 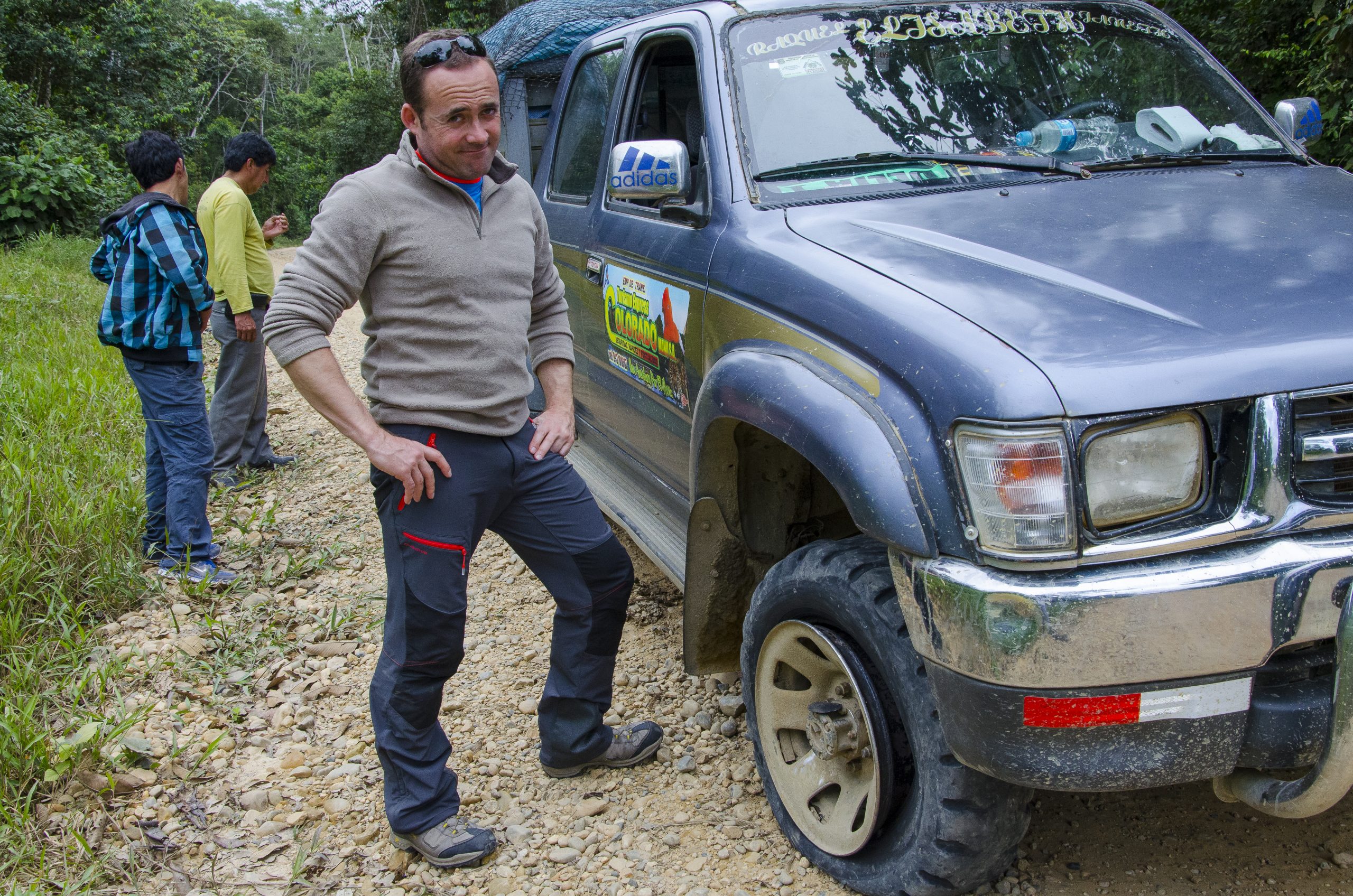 Flat tire travelling to The Amazon

How Not to Travel the World: Adventures of a Disaster-Prone Backpacker (Lauren Juliff). A successful travel blogger in her own right, tells tales of her disastrous trips. Hilarious and almost cringe-worthy in parts. Lauren has approached travelling the world with a sense of humor and has shown what amazing experiences you can have when you get outside your comfort zone.

Last but not least, I would like to mention a book that is sitting on my bookshelf waiting for me to pick it up and turn the crisp pages and bend the page corners to mark my place.  The Lonely Planet Travel Anthology, True Stories from the World’s Best Writers (Don George). I am hopeful that these stories will make me laugh, cry and relate to some amazing writers. Lonely Planet have actually produced a number of these anthologies with short stories often based around a theme. I’ll keep you posted.

Love a good read, especially one that inspires you to travel? Let us know in the comments section below so that we can add it to our ever-growing Amazon wish list.

Disclaimer: We were not paid for any of these reviews, all opinions are our own as always.

Simple Ideas On How To Create A Beautiful Travel-Themed Wedding

What we like to pack for our photo adventures

We have a confession to make…

One Comment on “15 Books To Keep You Inspired in Between Trips”. Join the Conversation Below!