Have you ever been on a life changing trip? 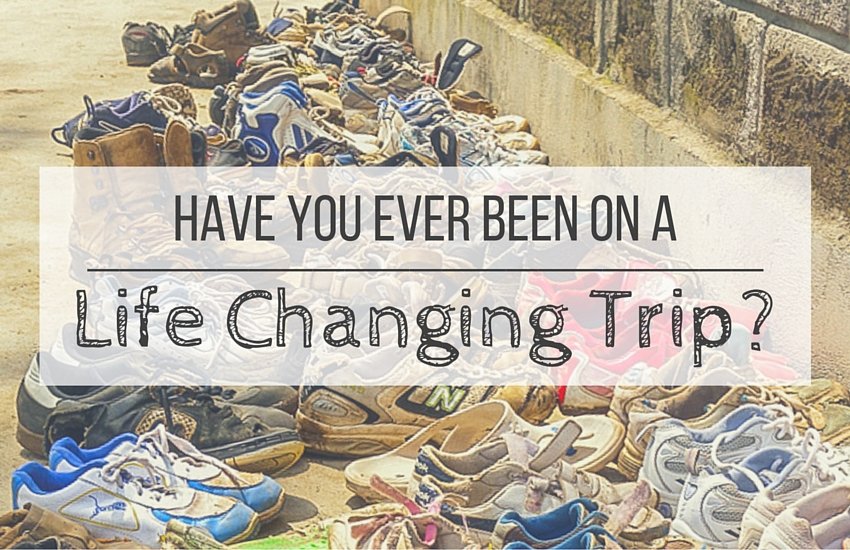 I had heard horror stories a number of times of people sponsoring orphanages and when they went to visit the organisation they found it in disrepair or that the money was getting into the wrong hands and so on.

It’s not that I never wanted to help those less fortunate, I’d never encountered an organisation that really struck a chord with me, that allowed me to see directly where sponsor’s money was going.

That was until I went to East Africa Mission Orphanage (EAMO). 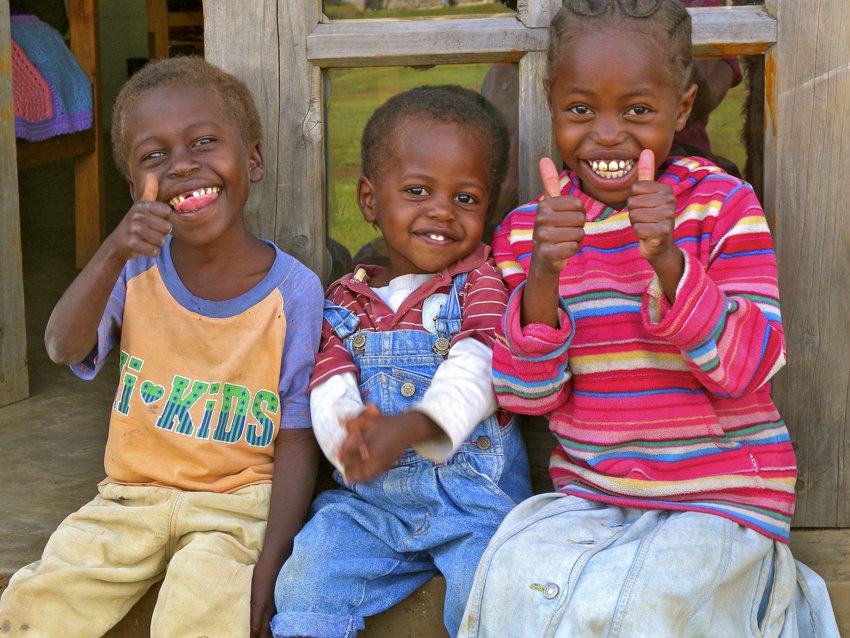 They love having their picture taken

In 2011 I did a tour with Geckos Adventures around East Africa, covering Rwanda, Uganda, Kenya and Tanzania (read more about my trips to Africa here and here). As part of this trip we camped on the grounds of an orphanage for two nights. By day we explored the surrounding national parks and lakes and in the afternoons when we returned to the orphanage to hung out with the kids, played football with them, ate dinner with them and tucked them into bed. This was the beginning of a journey that would change my life. 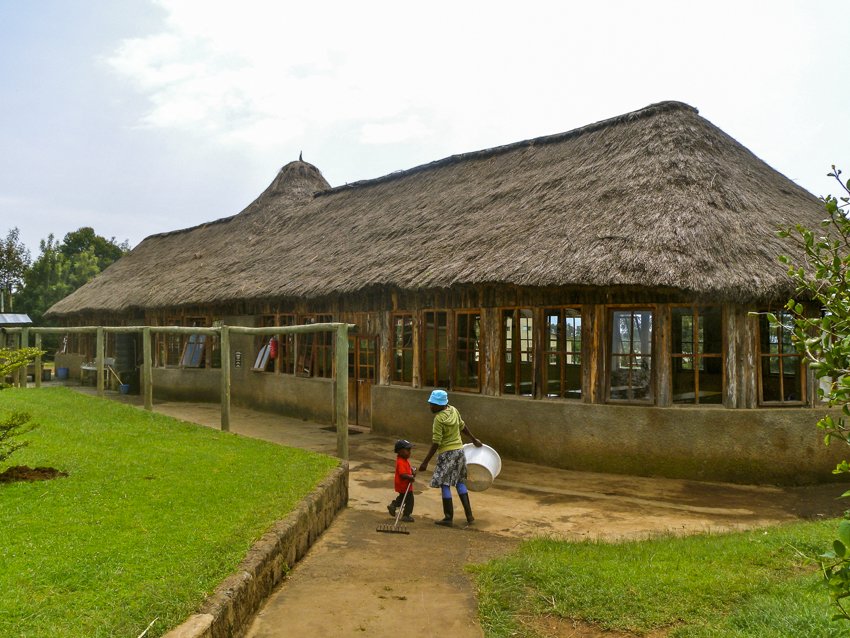 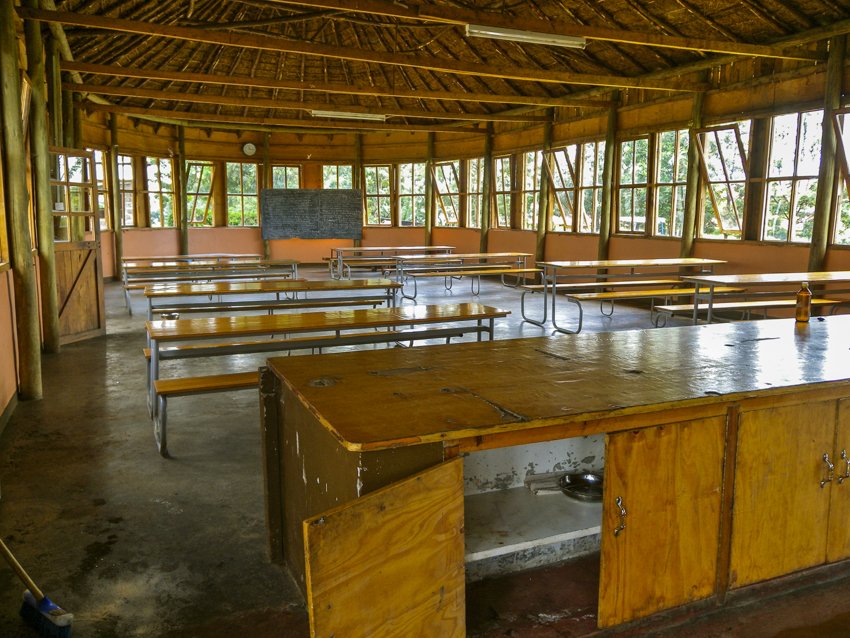 Inside the dining room

East African Mission Orphanage (EAMO) is based in Nakuru, the fourth largest town in Kenya. It was established in 1997 by Australian couple, Ralph and May Spinks and is a registered non-profit organisation with the Kenyan government for the purpose of caring for children in desperate need. EAMO now provides a home and education for over 200 children, including babies to teenage mothers. 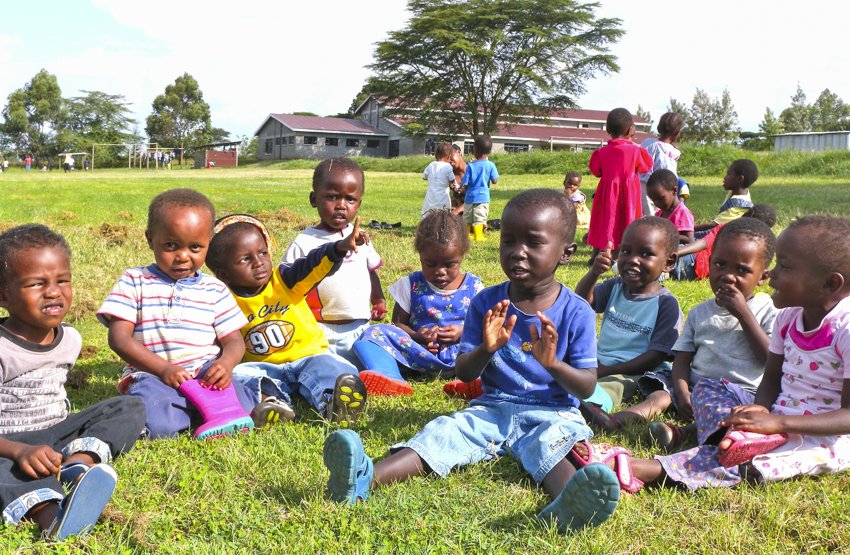 The time I spent with the children affected me profoundly. I have never met more loving, caring, giving and grateful children. They had so much love to give us complete strangers. They have visitors to the orphanage at least a couple of times a week so it wasn’t even as if they rarely saw new people. What was so surprising to me, maybe a little naïvely, was how happy the children were considering their backgrounds.

Have you been on a trip that has had a profound effect on you?

All of the children have had far from what we would consider a normal family life. Some have had parents die of AIDS or during the periods of civil unrest. Some children are not orphans in the true sense of the word but have a surviving grandmother or older sibling who can’t afford to support them, they turn up at the gates of EAMO begging them to take the children. There are also cases where some babies have been dumped in the gutter or abandoned at a hospital. Whatever their background every child at EAMO is full of love to give to anyone they encounter and they are certainly thankful for every opportunity they have been given. 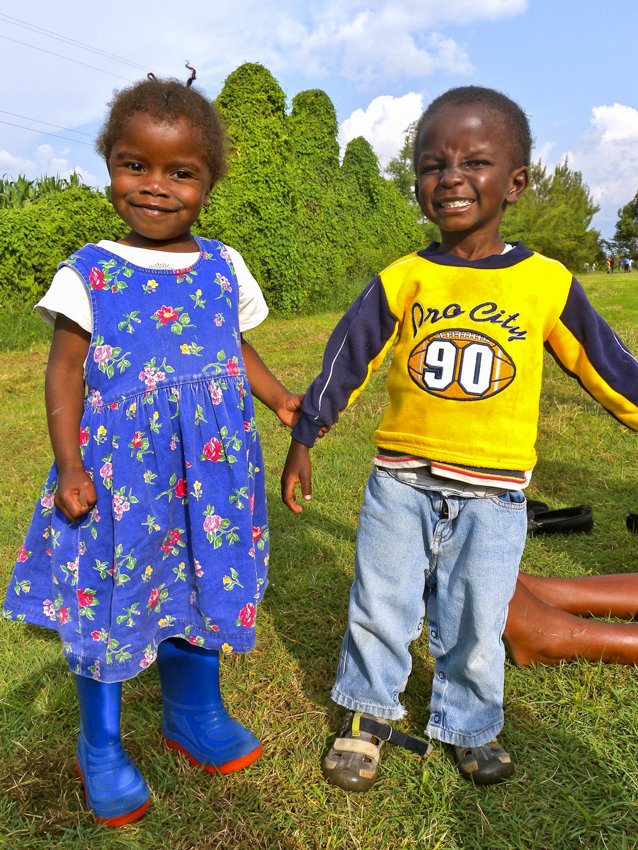 During my time camping on EAMO’s grounds I learnt all about how the place is run and that it survives purely on donations from large amounts that are used to build new buildings to monthly individual child sponsorship. I left there knowing that I wanted to sponsor a child and hopeful that I would return some day in the near future.

Just before we departed the children held a small assembly and I was nominated by my tour mates to say a good-bye and thank you on behalf of the group. I was so overcome with emotion that I had to swallow the lump that had formed in my throat to stop myself from being overwhelmed with emotion – this is how powerful my experience was. 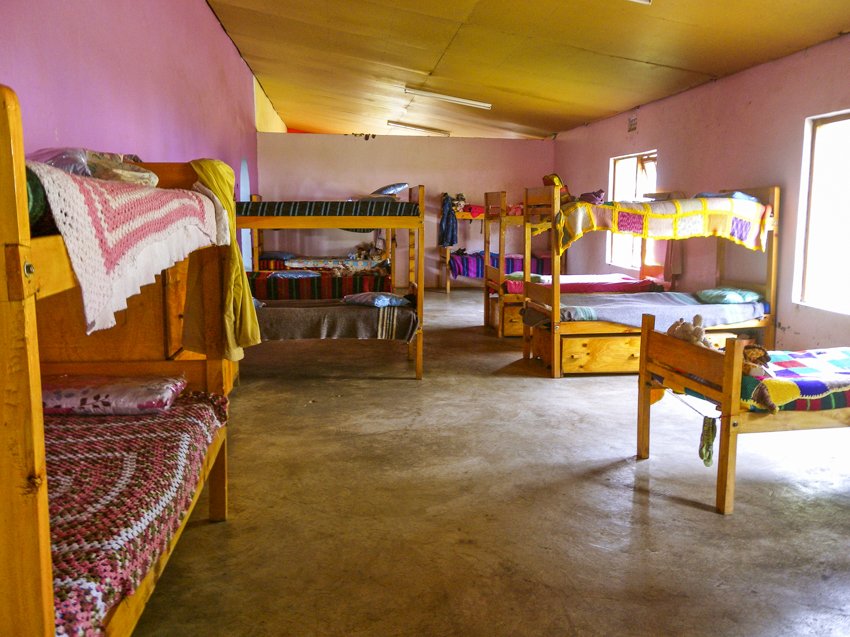 Inside the girl’s dorm

How could one place have such an effect on me after such a short time?

On my return to school after an unforgettable trip around East Africa during the summer, I told my grade 12 home room about EAMO and proposed that we sponsor a child. They were very keen to be a part of it and after much indecision decided to sponsor Obama. I’m sure his name played a major factor in the choice but I think his very cheesy grin tugged at all of their heart strings. 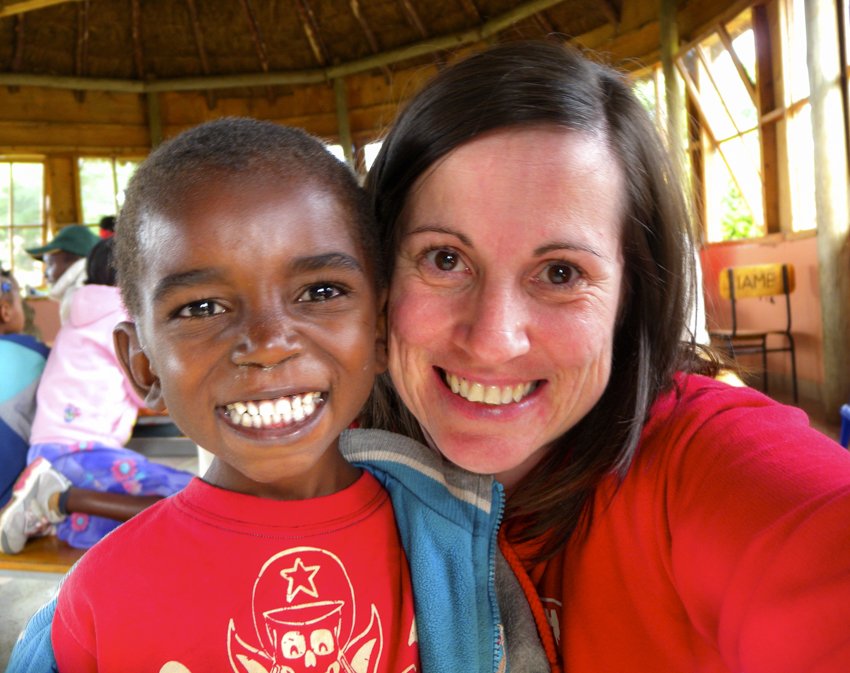 So began my connection with EAMO.

EAMO tries to be as self sufficient as possible in order to reduce its costs. It is situated on a large number of acres of land and therefore grows a lot of the fruits and vegetables that the children eat, as well as farming chickens. It also grows crops such as maize to use and sell to help with the running of the place. When I volunteered there I would go to the vegetable garden and literally pick my salad contents from the ground. 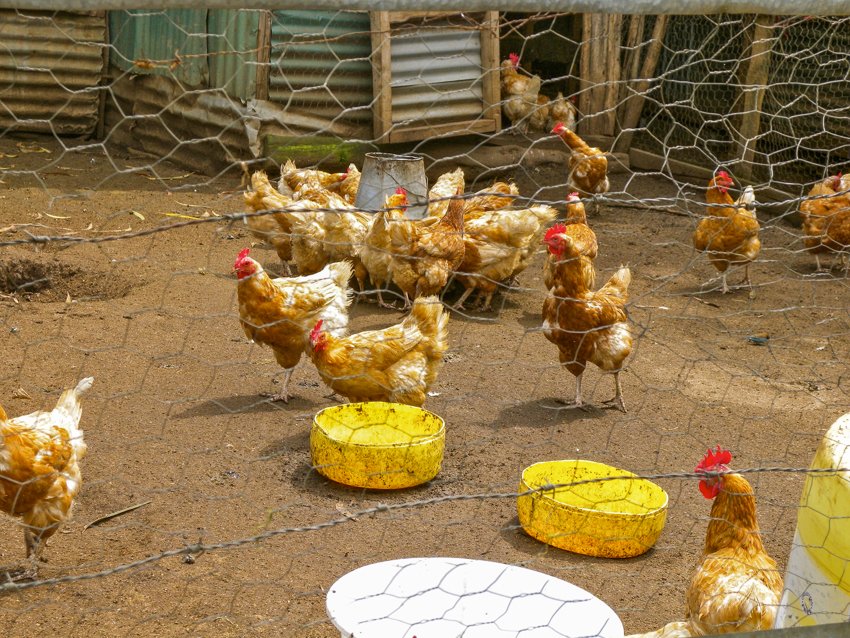 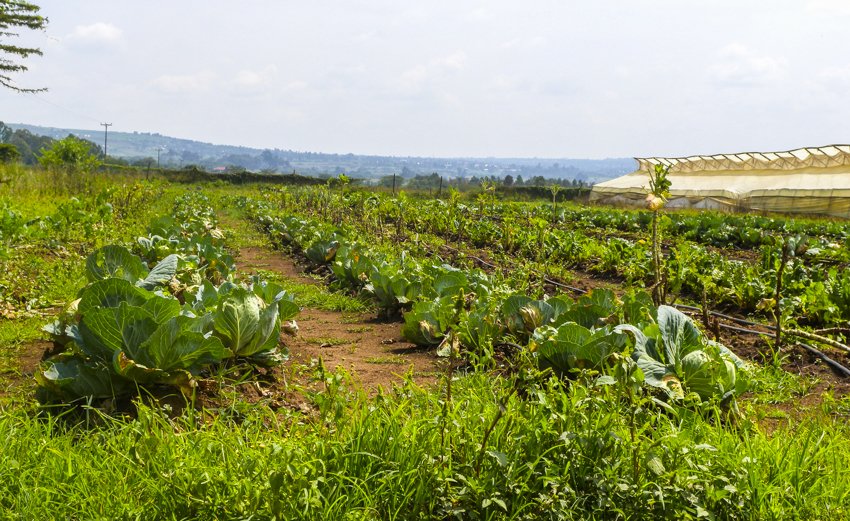 Over the years, as the number of children has increased they have built a school on the property as well. Which is where I come in again. In July 2012 I volunteered for a month to teach the 5 grade 12 students. When I wrote to Ralph initially I was happy to help out in any way, not necessarily in an educational sense. However, this was the first time they had graduates from their high school and they hadn’t had a very regular maths teacher over the years so were in need of some help. Luckily I teach maths for a living! 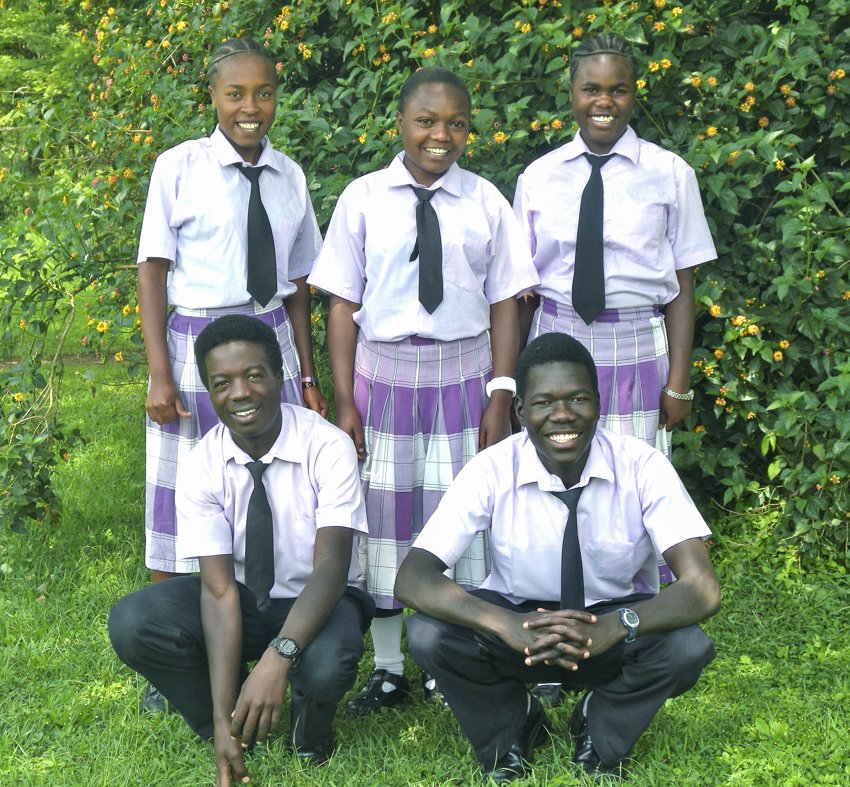 I spent my days with each of the students individually helping them fill the gaps acquired from having a different teacher every couple of months who started a new topic even if they hadn’t finished the previous one. In the evenings the high school students had homework time so I spent 1 – 2 hours helping all of the high school kids who needed it. The students never complained about all the homework they had to do. In fact, they would wake up early and spend every spare moment they were not eating, sleeping, working or exercising, doing some study. 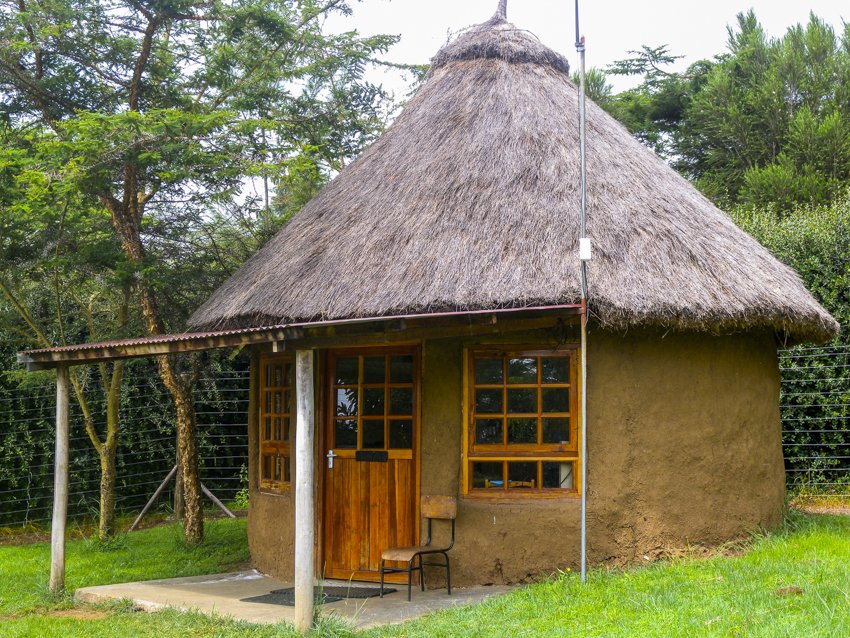 I have never met students who were so appreciative of an education and everything they were given to live the lives they were fortunate to be given. These children can teach a great deal to all of us. They reminded me to appreciate what I have, to love those who put a roof over my head and fed and clothed me, who have given everything for me, to get a grip on what is important in life, to put my priorities into perspective. 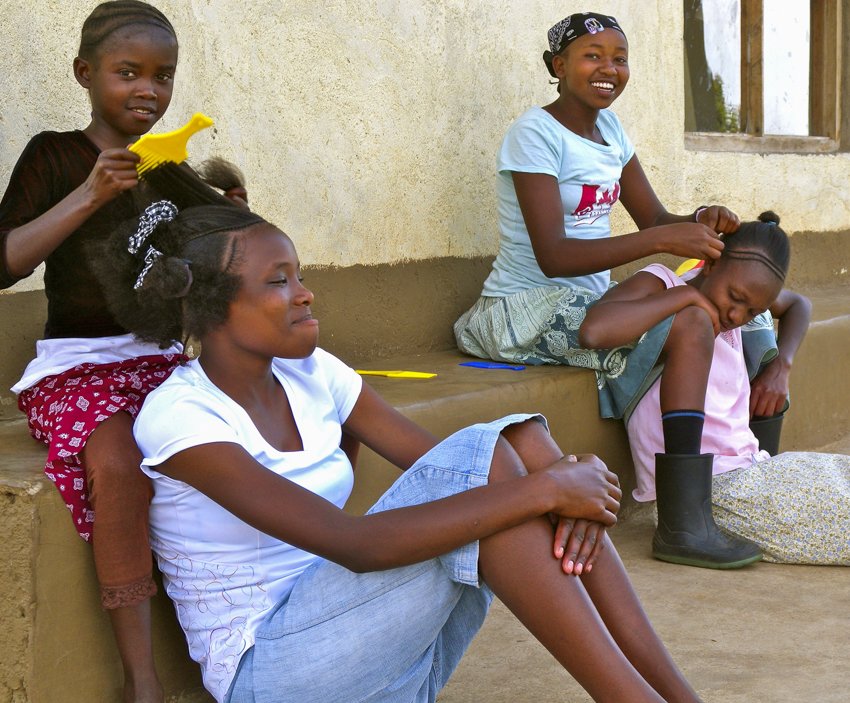 Sunday is hair braiding day for the coming week

My time at EAMO changed me for the better. I have always enjoyed my job as a teacher but while teaching privileged students from high socio-economic backgrounds, spending a month at EAMO re-invigorated my love of the job. Since my time at EAMO one of the things I have tried to emphasise to my students is that education is a privilege not a right.

All those five students wanted to do was to pass their exams so that they could go to university so that they could help maybe make a difference within their own country and help others who may be less fortunate than themselves. I am happy to say that two out of the five are now at university training to be teachers and the others are training for jobs in the service industry. I don’t think I have been more prouder of five students in my twenty years of teaching. 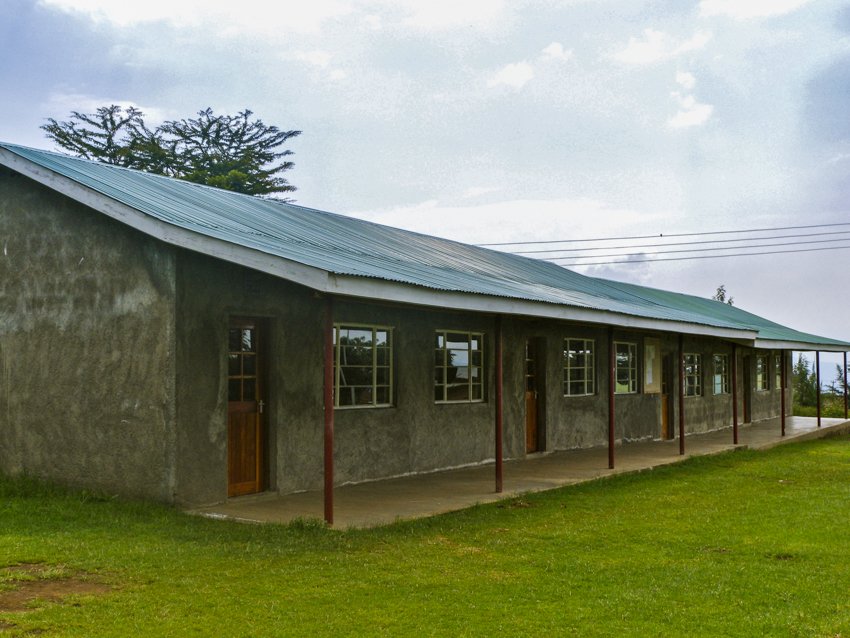 Unfortunately the high school at EAMO has since closed because it was too expensive to keep it running in comparison to sending the students to the local high school. Teachers would come and go because as soon as they obtained a job in a government school they left without notice because it paid better money. Luckily the primary school is still running and they have recently opened a brand new library filled with books, thanks to the kind donations of EAMO’s supporters. 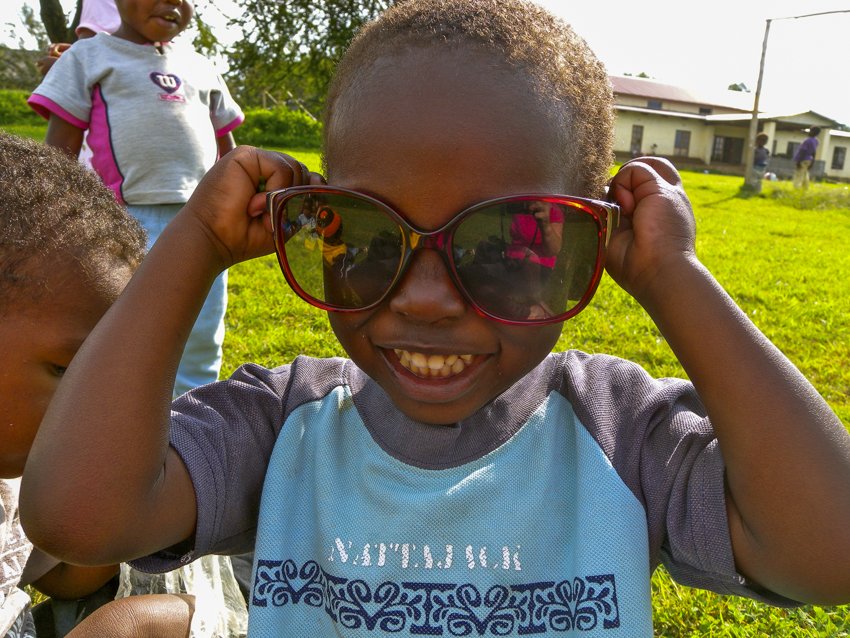 One of the problems that they face at EAMO is that more and more of their children are getting older and they won’t all be able to go to university, so what will life after school hold for them? Unfortunately Kenya, being a developing country, doesn’t have much of an education system in place for those who might want to learn a trade. Some of the children, or should I say adults, now work for EAMO. They have built some guest lodgings on their grounds where anyone can go and stay at a very reasonable price (click here to see more) while visiting the many national parks in the area. Some of the older children work here and it was built by locals, including the furniture. David and I haven’t stayed at Ziwa Bush Lodge yet but are hoping to do so in the near future as David has never visited Africa before. 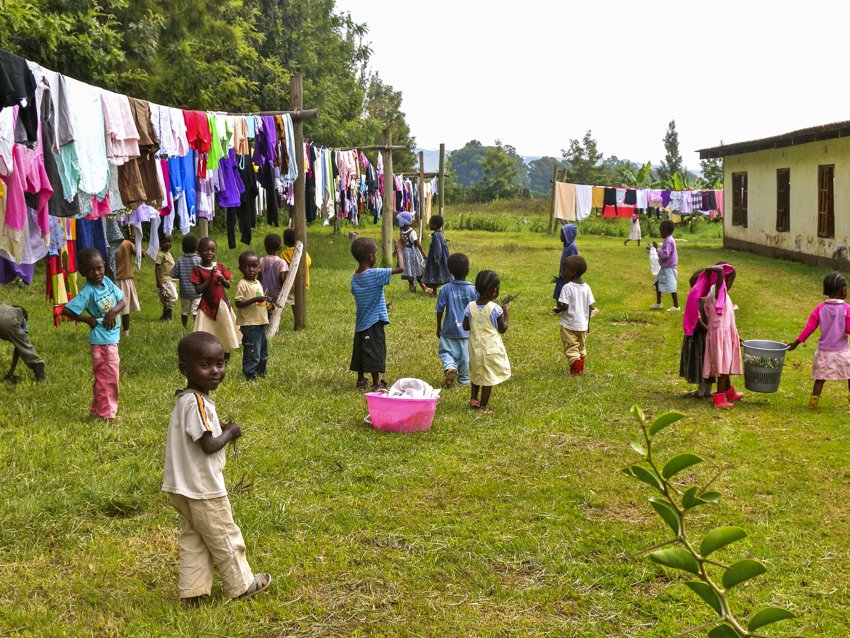 It’s a lot of work on washing day 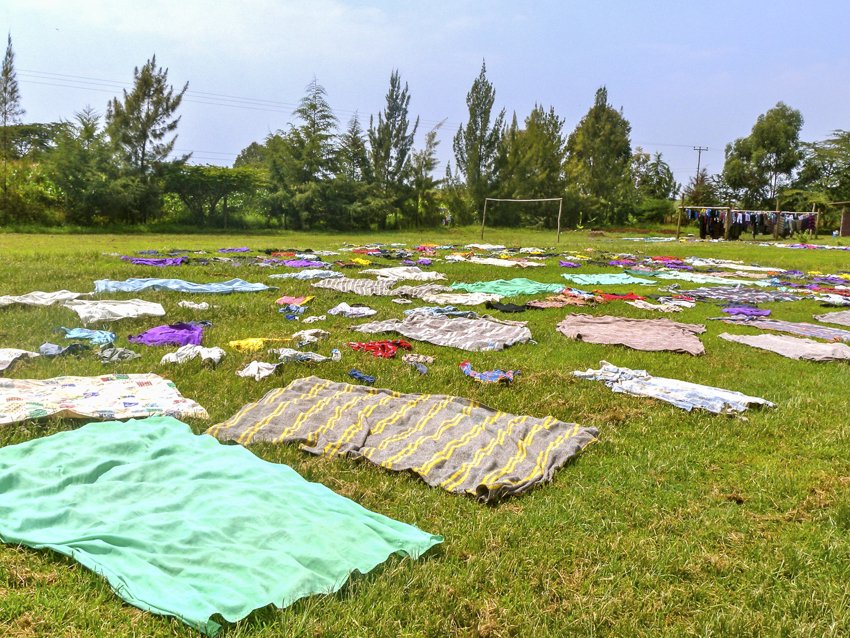 Sometimes there’s just not enough room on the washing line

Before I end this post, it would be remiss of me not to encourage you to help out EAMO in any way you can, whether it be with money or time, big or small. I promise, you won’t regret it! I receive nothing for this plug and none of the links here are affiliate, EAMO is just a place I truly believe in and is dear to my heart.

Visit their website here to find out more about EAMO and how you can help. They appreciate all the help they can get.

Do you contribute to a charity organisation dear to your heart? Has a trip changed the way you see the world and who you are? Drop us a comment and let us know or just say hi.

8 Comments on “Have you ever been on a life changing trip?”. Join the Conversation Here!