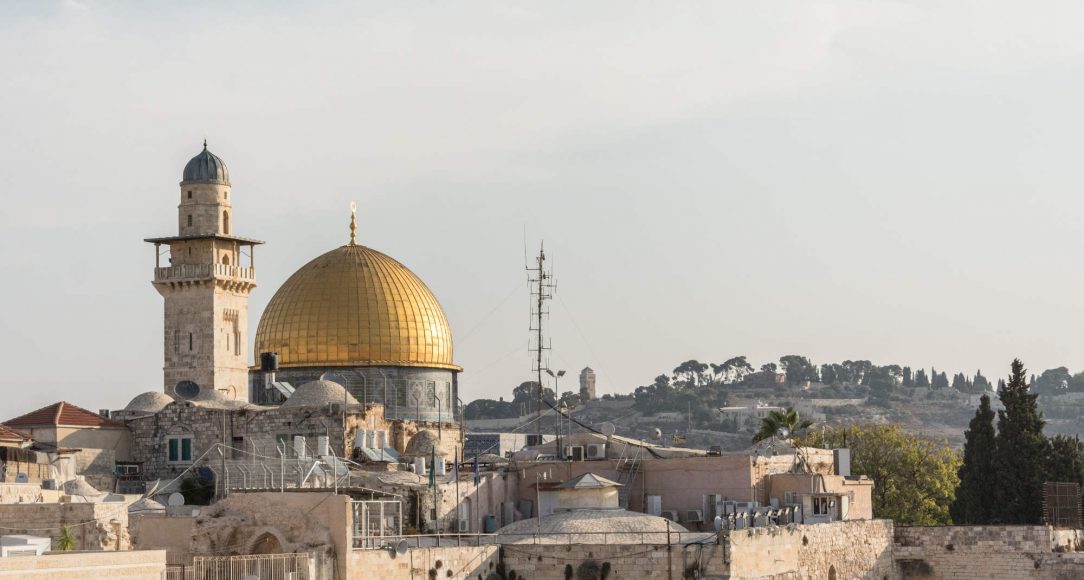 Roaming the deserted streets of Jerusalem’s Old City in the early morning is an experience you can’t miss.

When your early morning bus from Tel Aviv enters the outskirts of Jerusalem on its way to the Central Bus Station, you’re most likely to be overwhelmed with a heap of mixed messages.

Modernity clashes with tradition. Glass-and-metal buildings mingle together with sandstone terraced houses, men in orthodox Jewish attire ride electric bicycles, full-armored military vehicles parked on the side of the street, …

The tram ride from the Central Bus Station to Jaffa Gate adds to the confusion. However, at this point, as excitement kicks in, this cultural mayhem becomes more bearable.

As you enter the walls through Jaffa Gate with the first rays of the sun, time seems to stop. 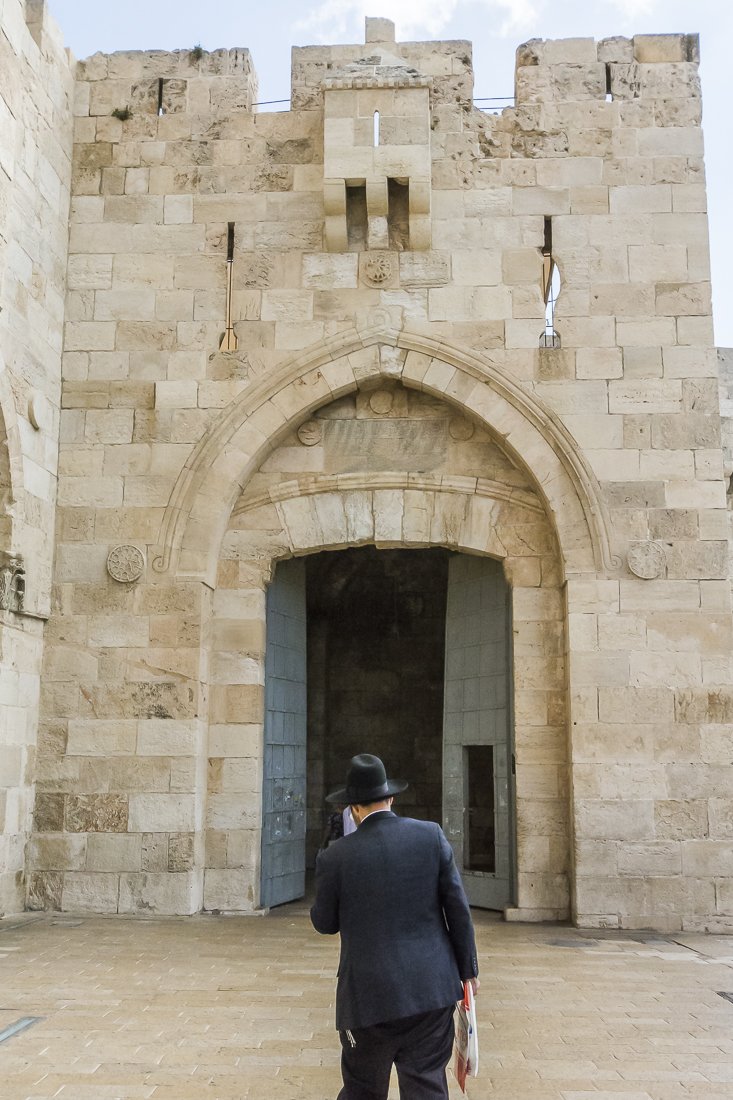 These stones have been here since the 1500s and have seen so much. Now, however, no one is around, let alone the hordes of guided tours that regularly meet at this very same point a bit later every day.

The Citadel of Jerusalem

Once you’re through the gate, the first imposing structure you will see is the Tower of David, or the Citadel of Jerusalem. 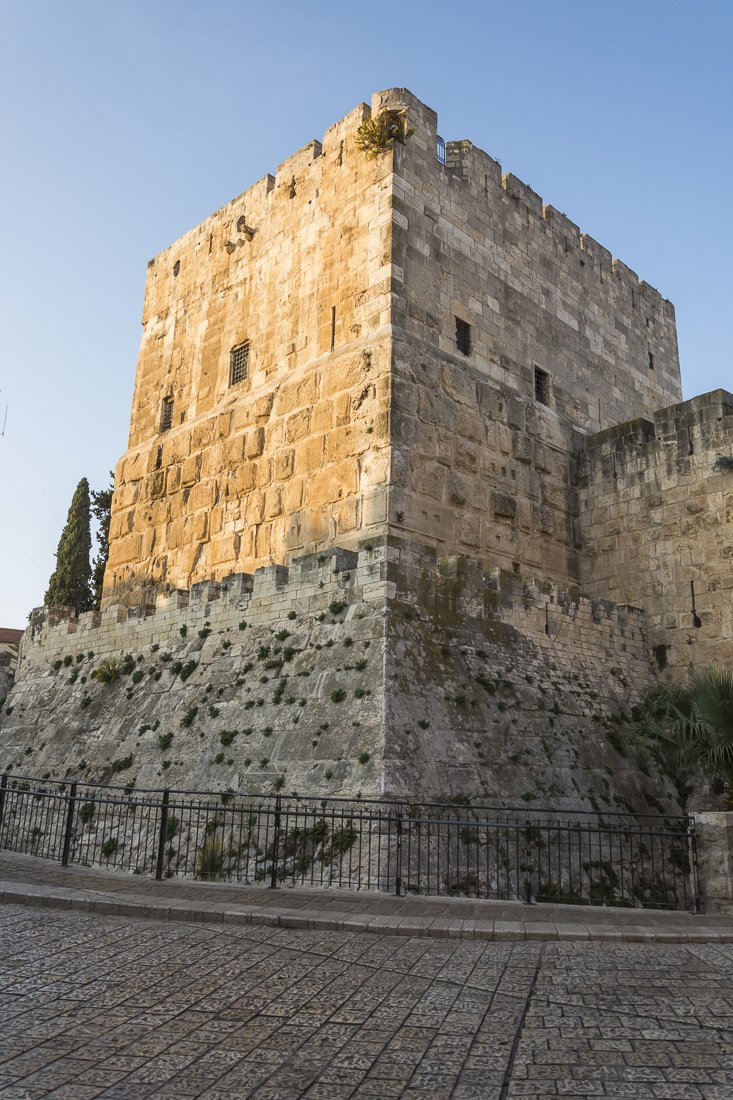 The Tower of David

This is the last building of these dimensions you will find until you reach the Western Wall, this is if you don’t get lost in the labyrinth ahead.

Getting Lost in the Old city

Getting lost in Jerusalem’s Old Town is not difficult. And in fact, it’s quite an adventure on its own. Kilometres of staired streets, souks, winding backstreets and narrow alleyways are waiting for you. 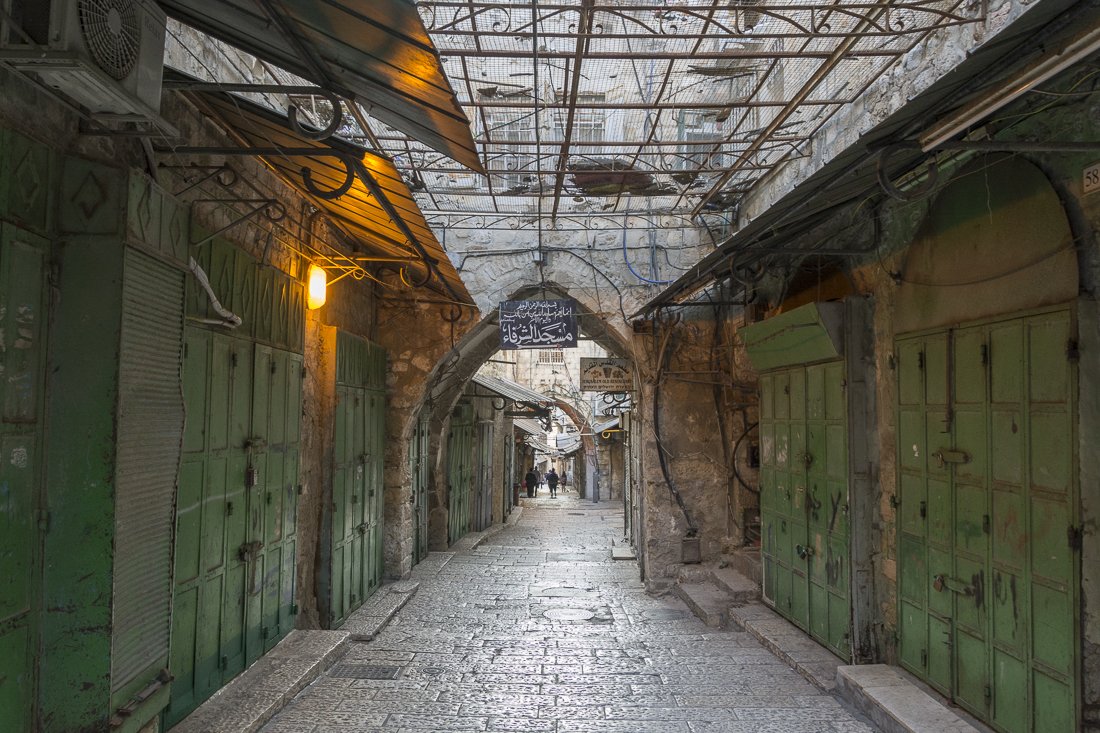 A deserted street in the Muslim Quarter

For thousands of years, this city has been conquered, lost, and reconquered for many. Persians, Babylonians, Romans, Arabs, Crusaders, Egyptians, Islamists… the list goes on and on.

And footprints of these cultures can be found still today everywhere in any of the quarters within the walls of the Old City.

Speaking of… the Old City is still today divided into four quarters: Armenian, Jewish, Muslim and Christian. And life awakens equally in any of them. 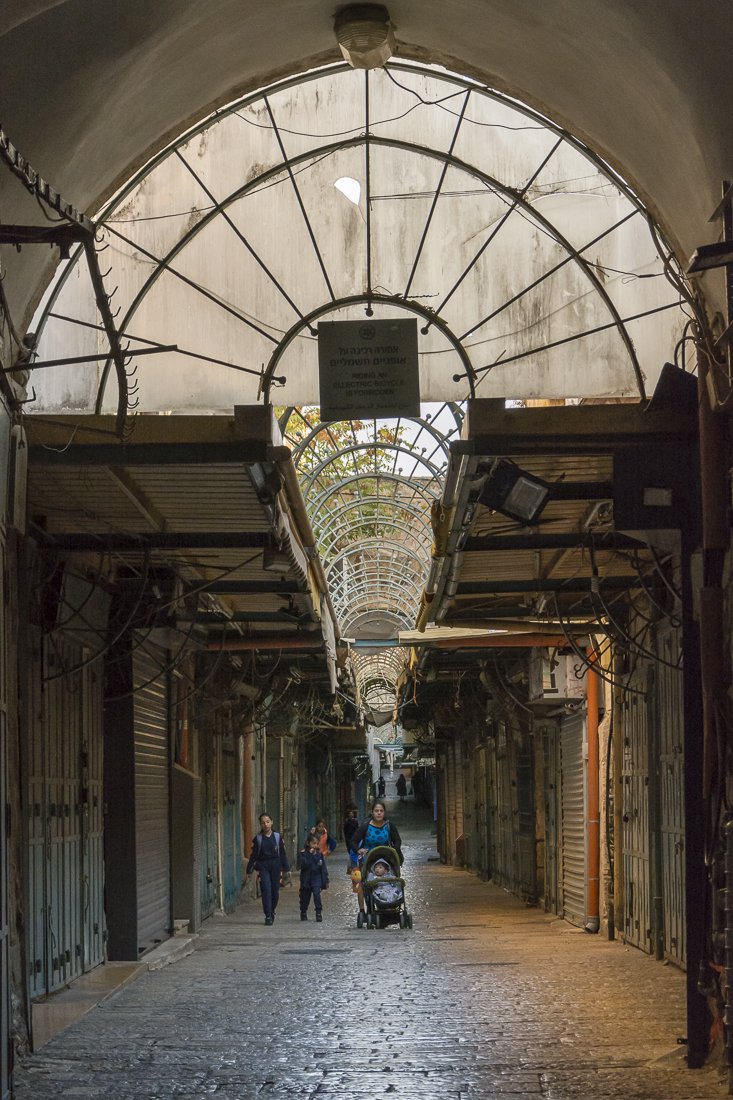 A closed souk in the Muslim quarter 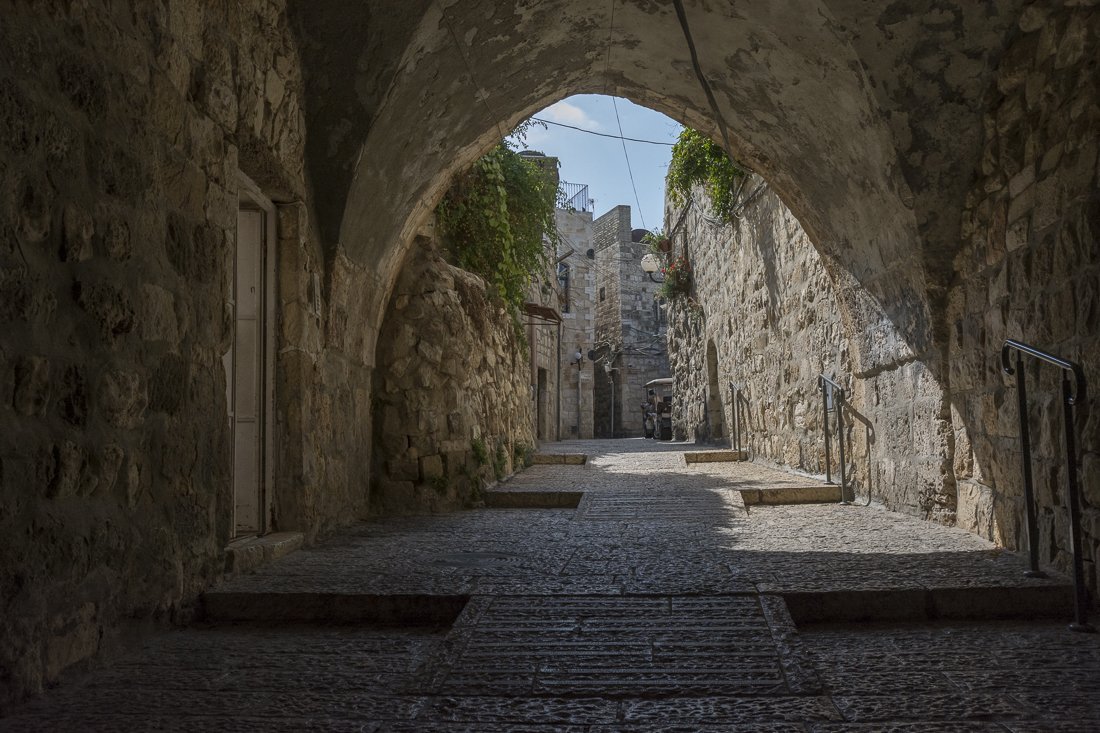 Arched street in the Armenian quarter 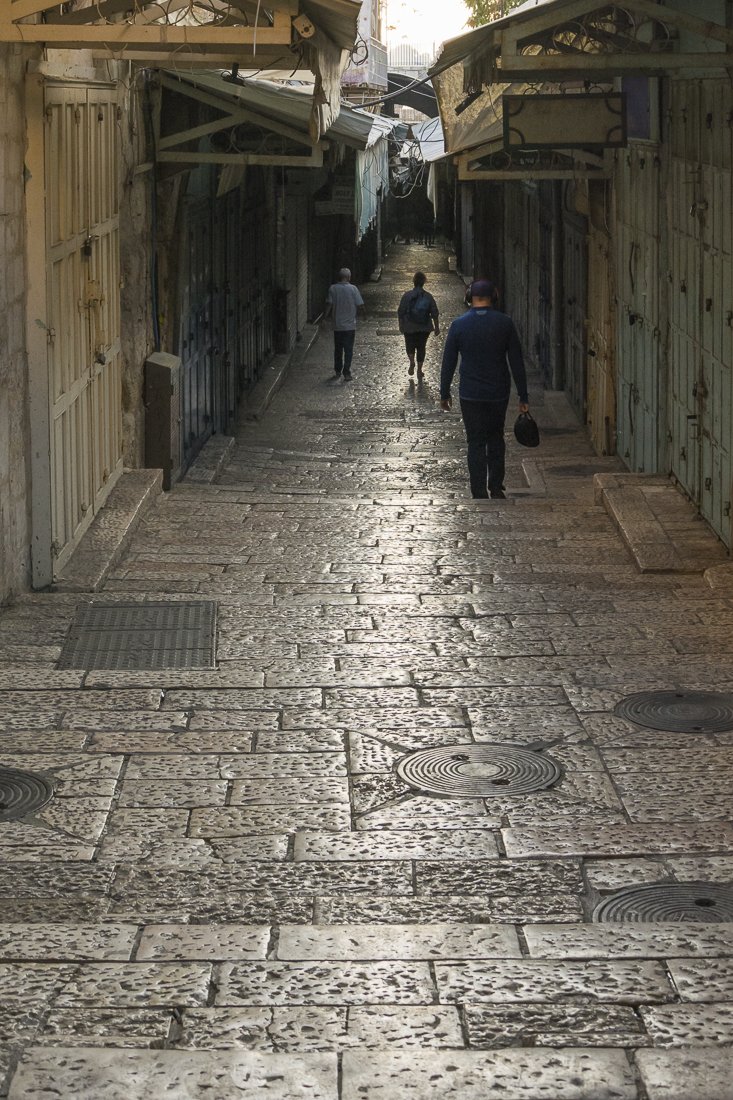 A staired street in the Cristian quarter 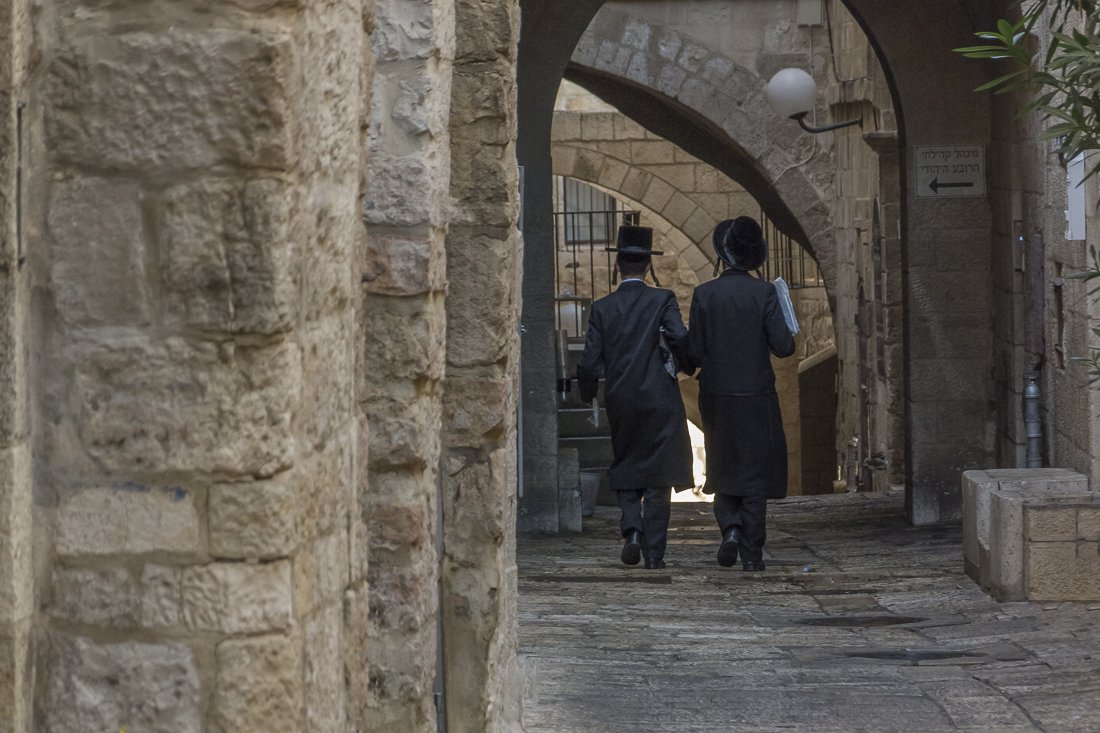 Ultra-orthodox students in the Jewish quarter

As the Old City awakens, parents take kids to school; men of any faith walk to morning prayer; shop owners are preparing to receive their patrons. There is too much going on at once. 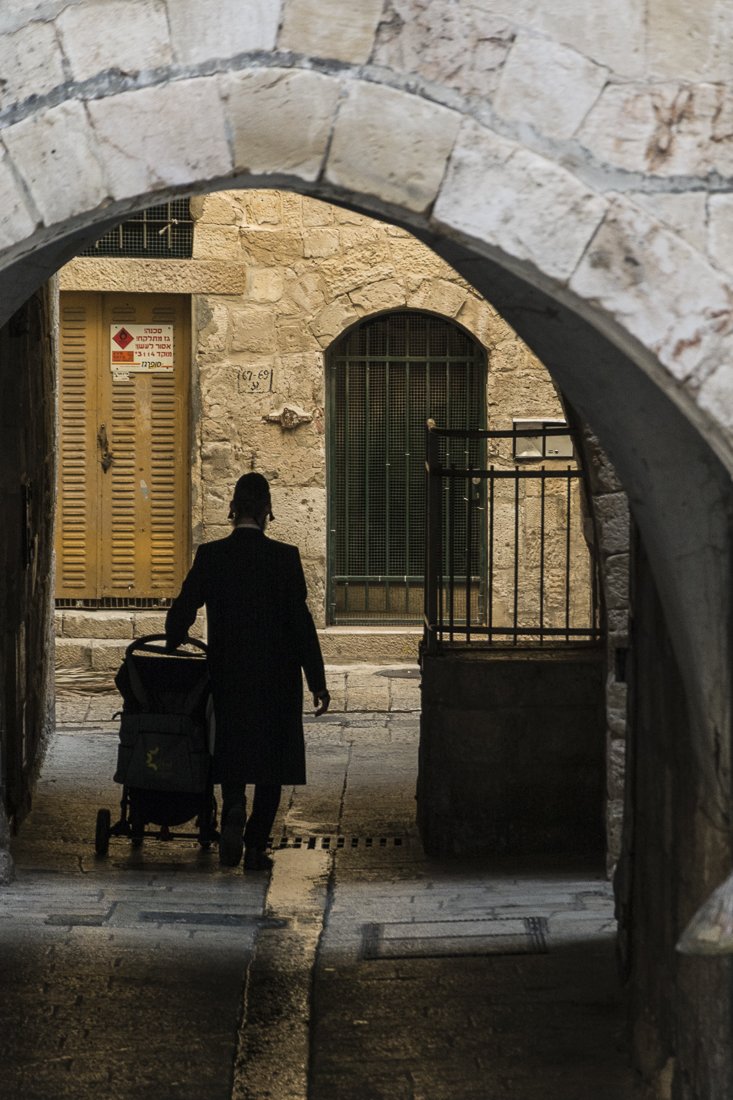 Walking the kid to school 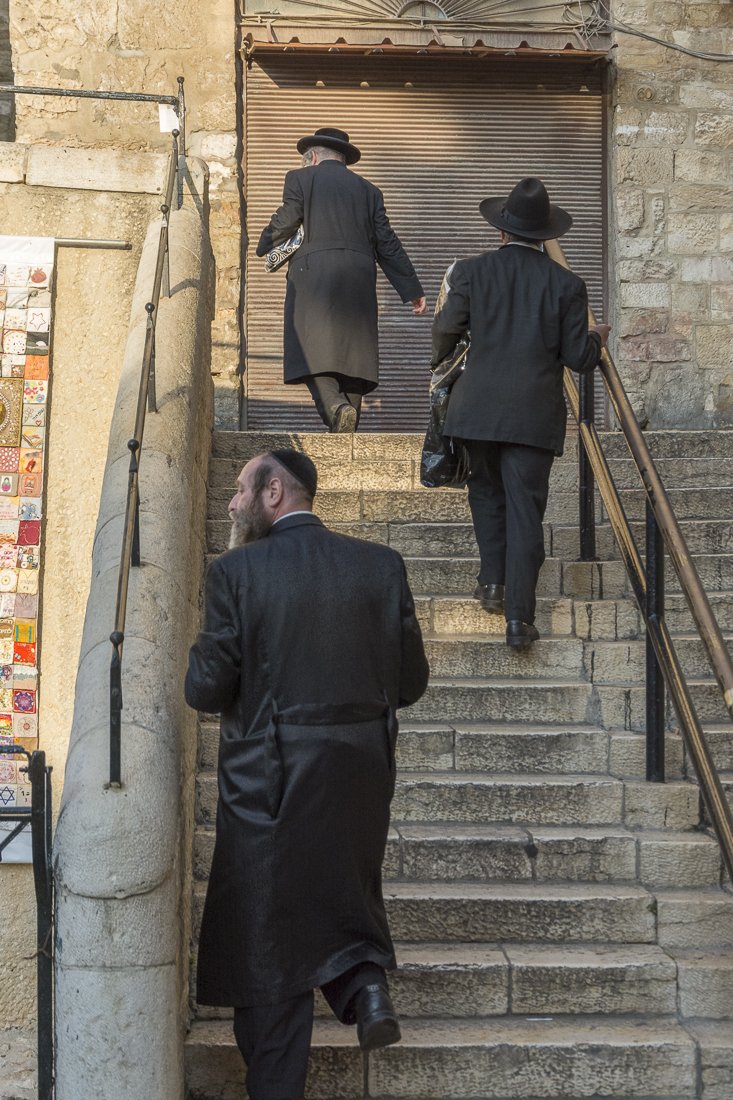 Back from the Western Wall 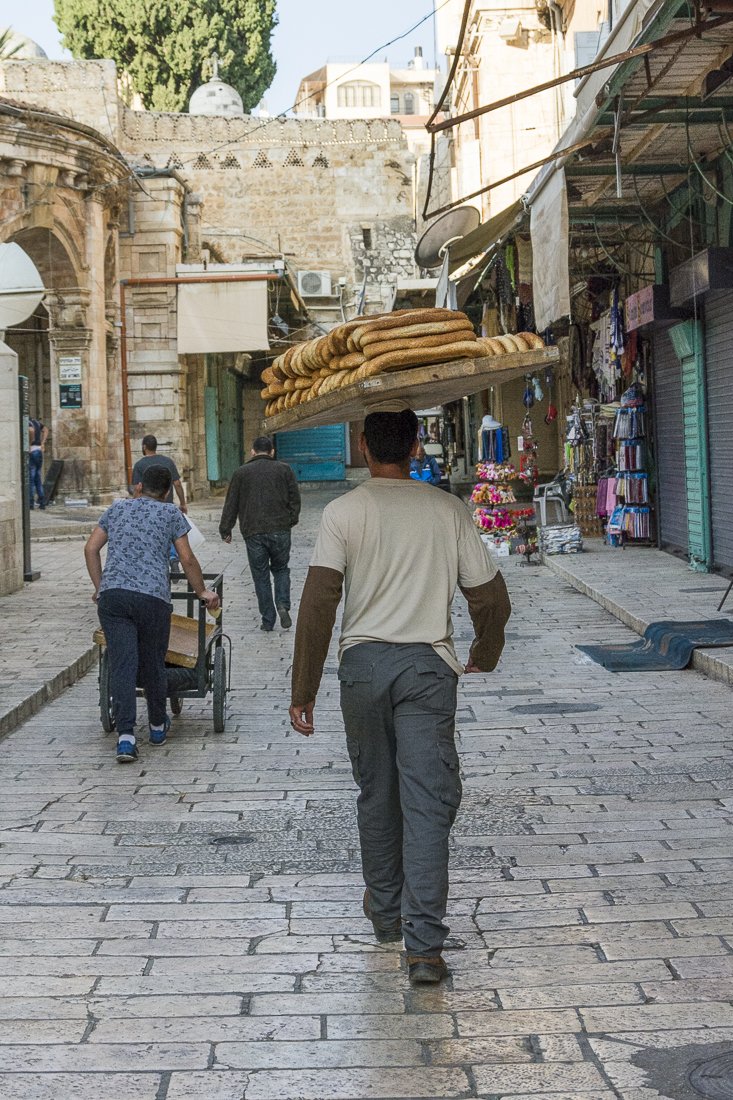 One would think the Western Wall is deserted so early in the morning, judging from the few people on the streets.

The two sections of the compound (one for men, the other for women) are now bustling with activity. And they have already been for hours. 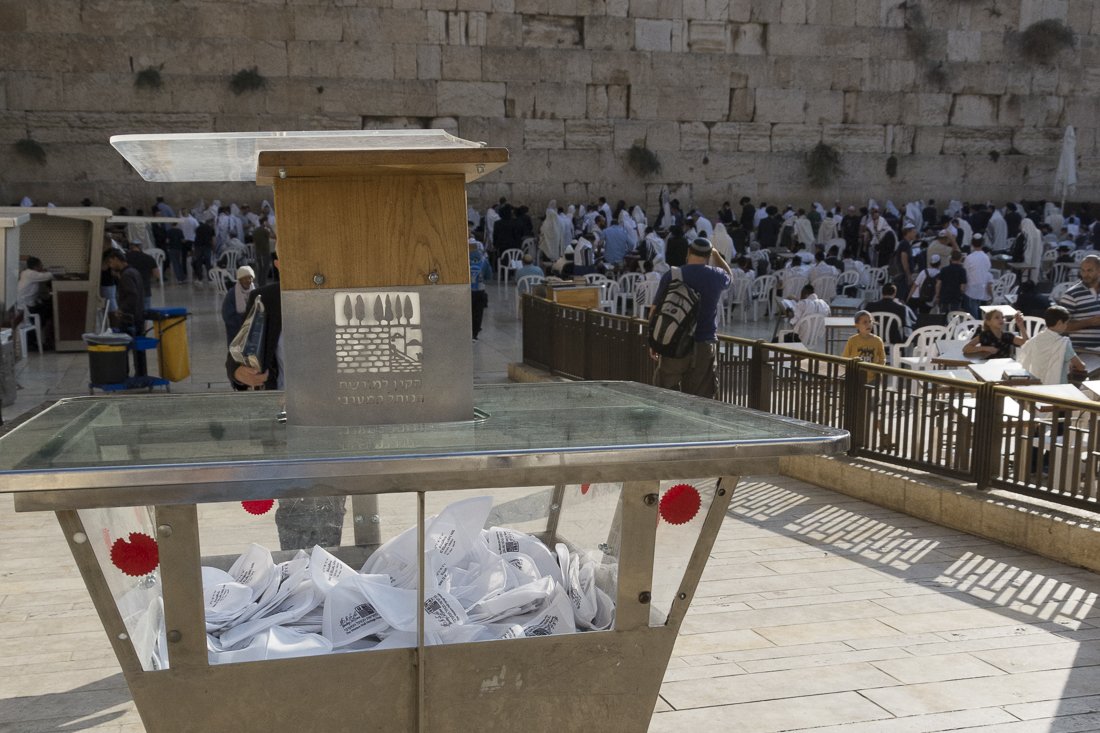 Disposable kippot at the entrance of the Western Wall 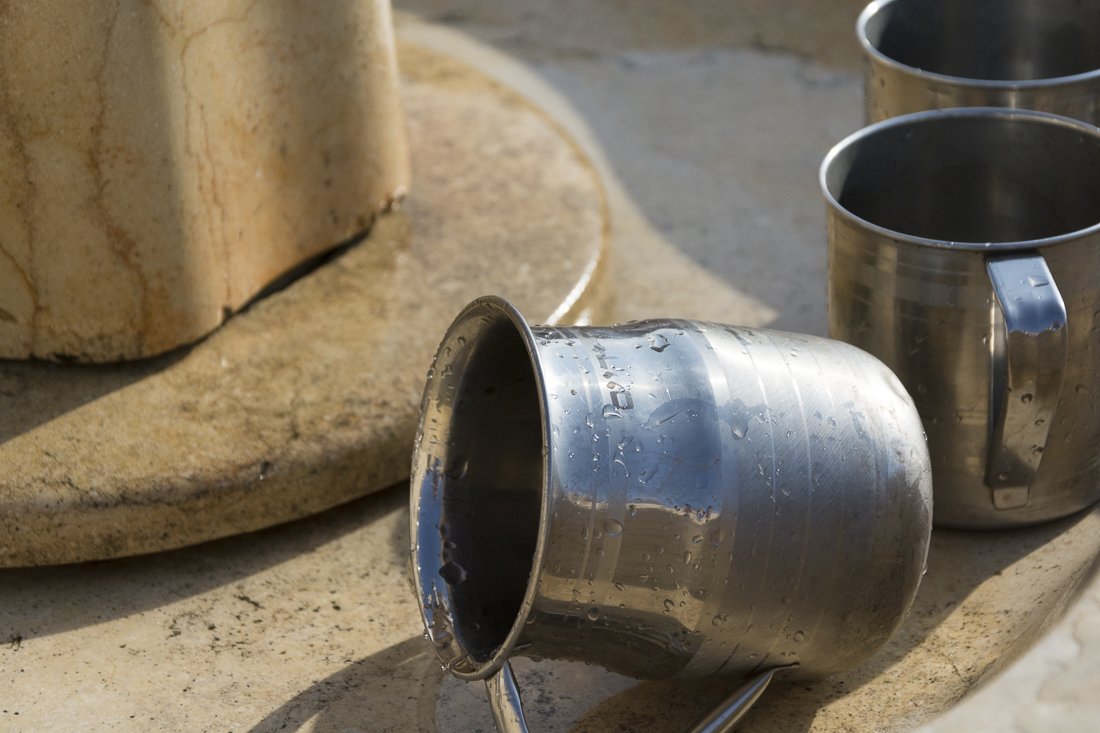 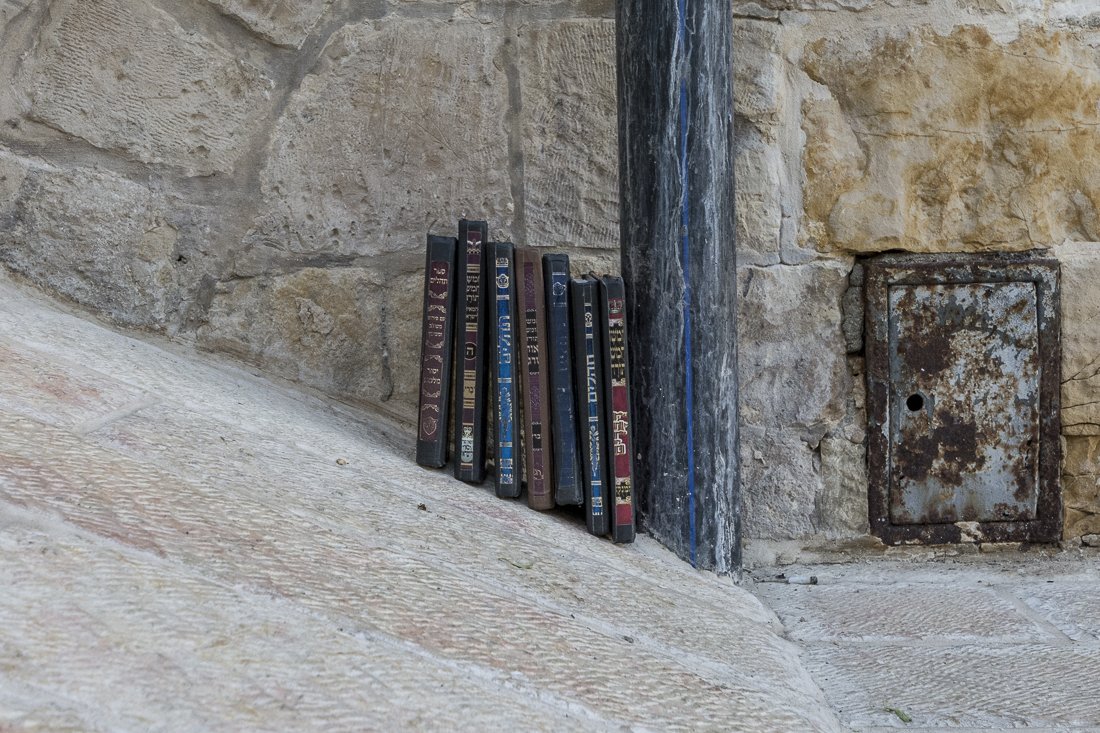 Prayer books at the Western Wall 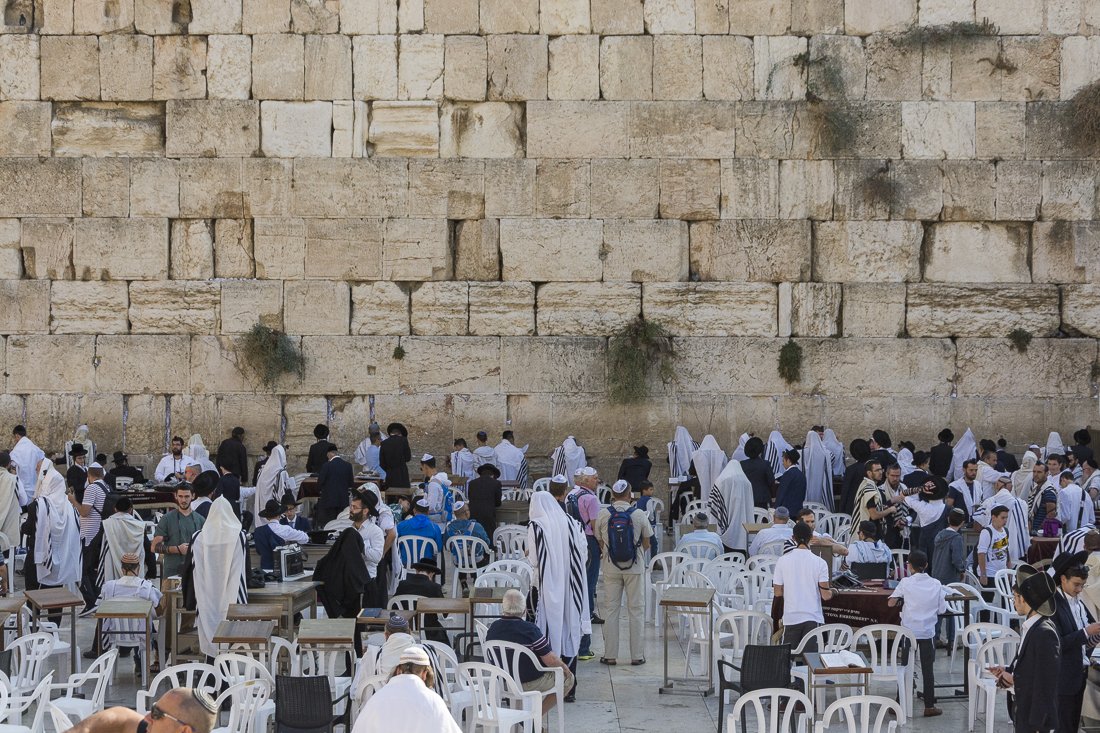 Men’s section at the Western Wall

Back to Jaffa Gate

When you’re ready to head back to Jaffa Gate, you’ll see the streets coming to life. 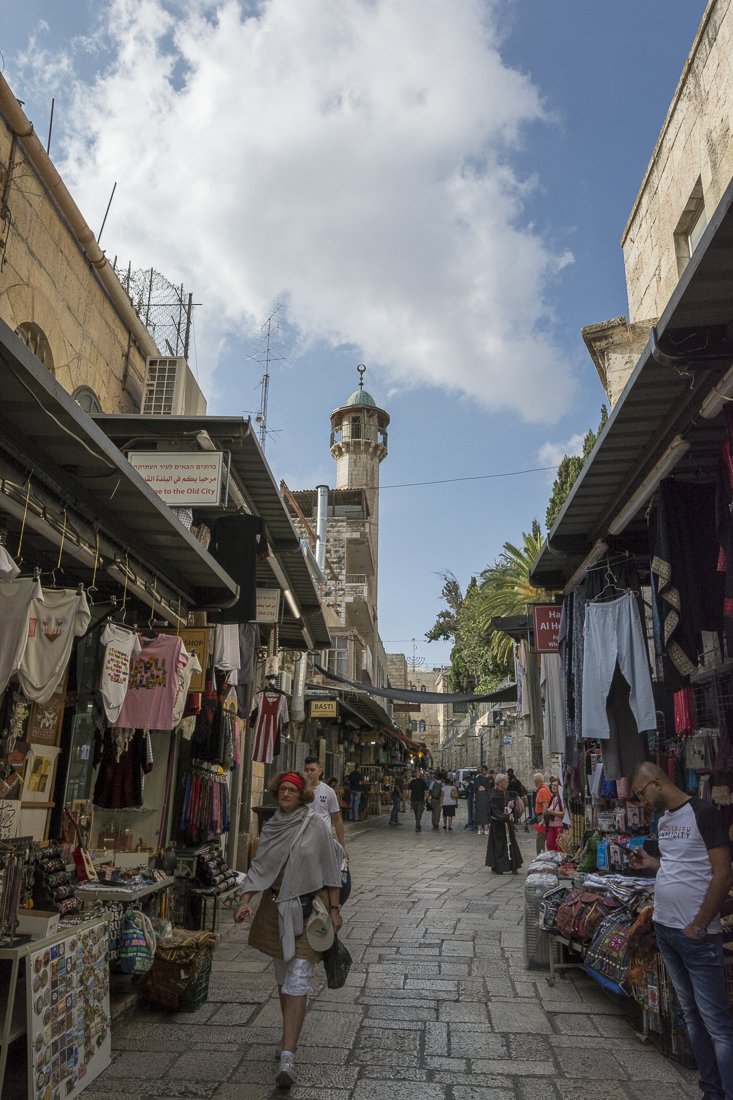 Souvenir shops will already be open for business and loads of pilgrims will be already flooding the narrow streets following the Via Dolorosa, anxious to start their processional recreation (and hungry for some of those souvenirs). 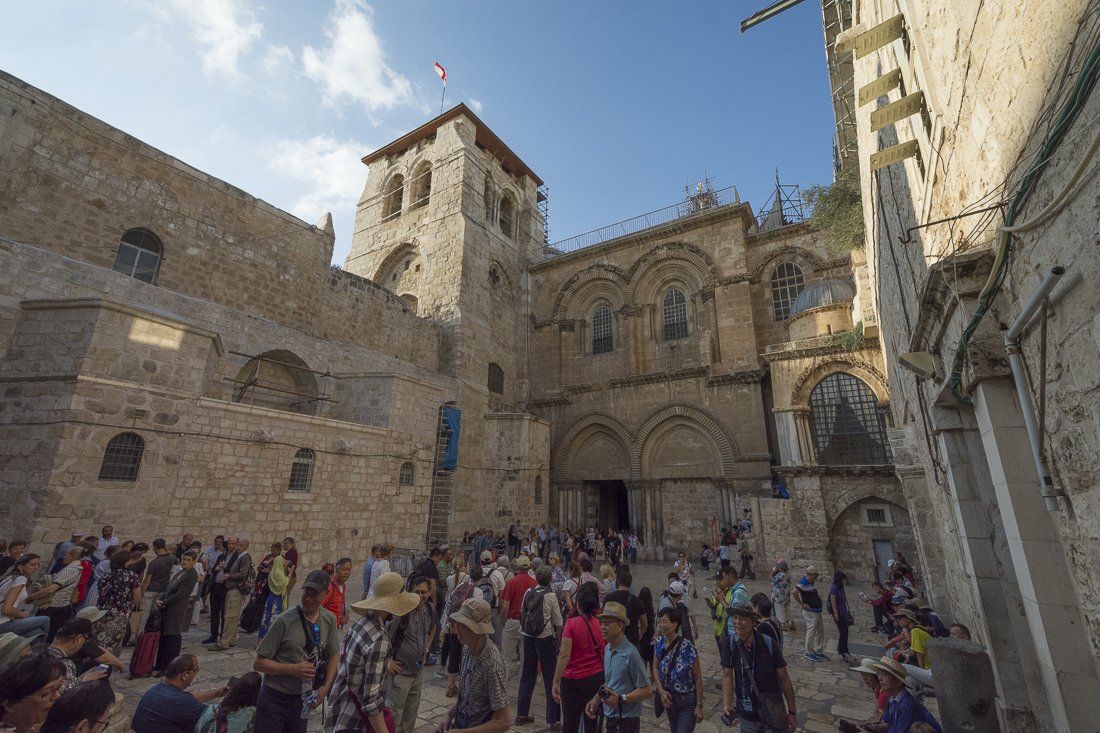 Tour groups waiting outside the Church of the Holy Sepulchre

Let’s Wrap It Up

So, here is the bad news, this is the only way to avoid the crowds and genuinely experience life in Jerusalem’s Old City. For those of us not used to getting up early, this will come as a shock.

Good news though, if you make an effort, you’ll be rewarded with a rare glimpse of the everyday life in each of the four quarters of Jerusalem’s Old City. And not only that, you might be compensated with the occasional greeting in Hebrew (Shalom) or Arabic (Salam Alaikum) on your way back.

How To Do It 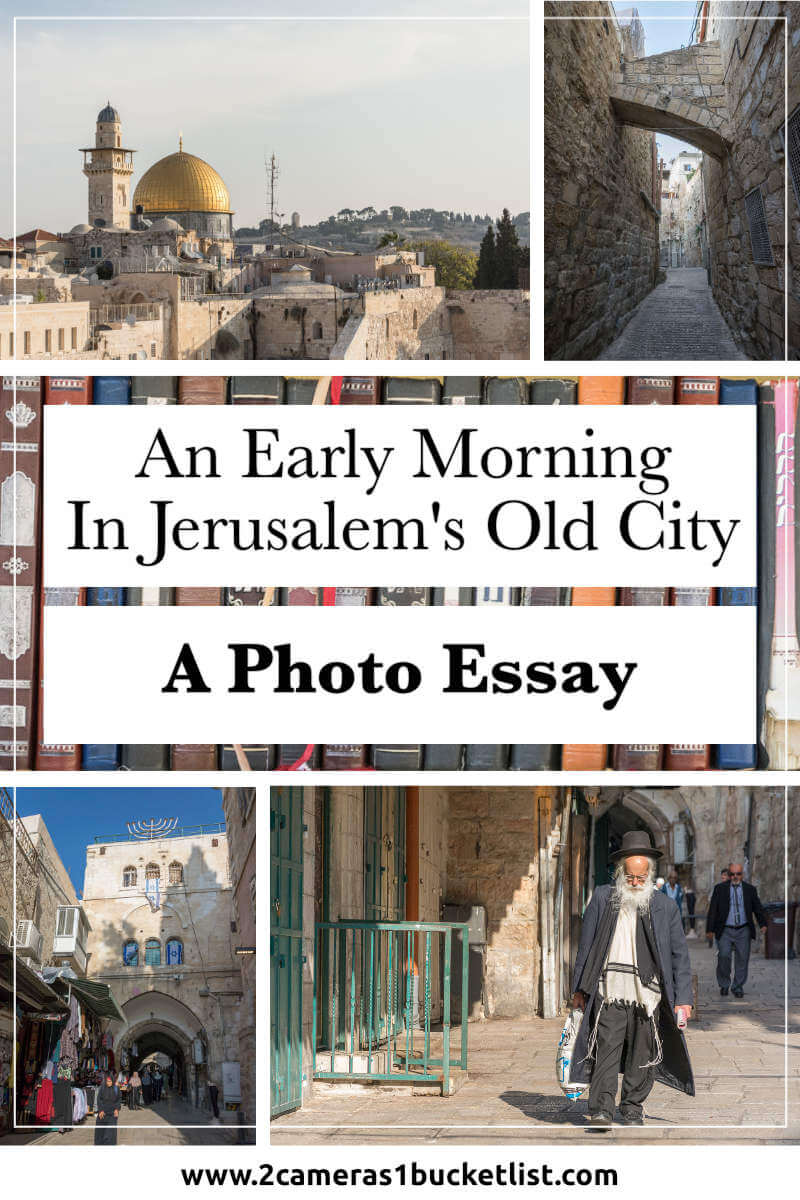 Is it Safe to Self Drive a Car in Jordan?

Do You Want To Be Awe-Inspired? Discover Beautiful Wadi Rum

8 Comments on “An Early Morning in Jerusalem’s Old City, a Photo Essay”. Join the Conversation Here!