Have You Ever Been On A Trip Where Everything Goes Wrong? 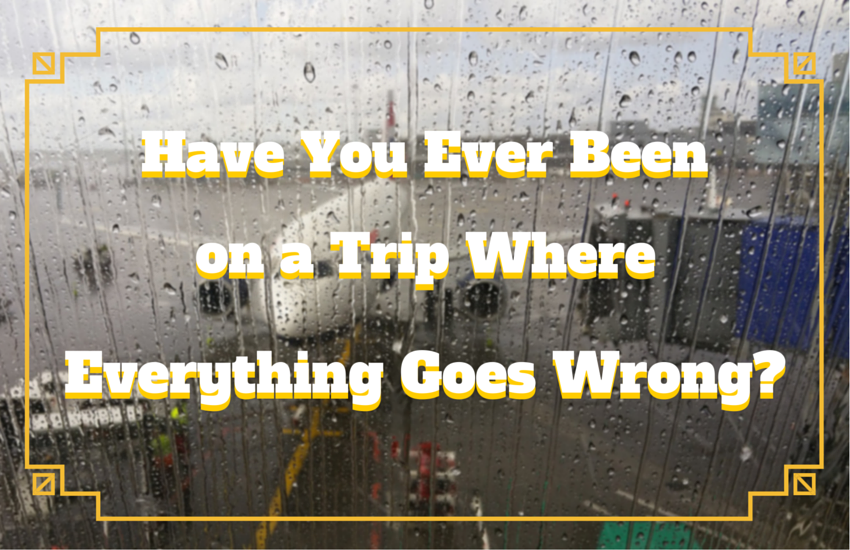 Have you ever had one of those trips where everything went wrong? Where one thing after another didn’t go to plan? For me it was my trip to Nepal and India in 2010, a truly disastrous trip I took when I was a solo traveller before meeting David, and unfortunately, it tainted my memories of what was a one of a kind experience.

So this is where the problems began. The weather. It was a winter where Europe had a massive dumping of snow and airports were coming to a stand still one by one. Flights were not only being delayed but cancelled altogether. However, things didn’t seem so desperate at first as it was mainly the internal flights that were getting cancelled within Germany.

Wait a minute, I was supposed to catch a flight from Hamburg to Munich and then head on to Delhi and then Kathmandu, Nepal. Nooooooooo! 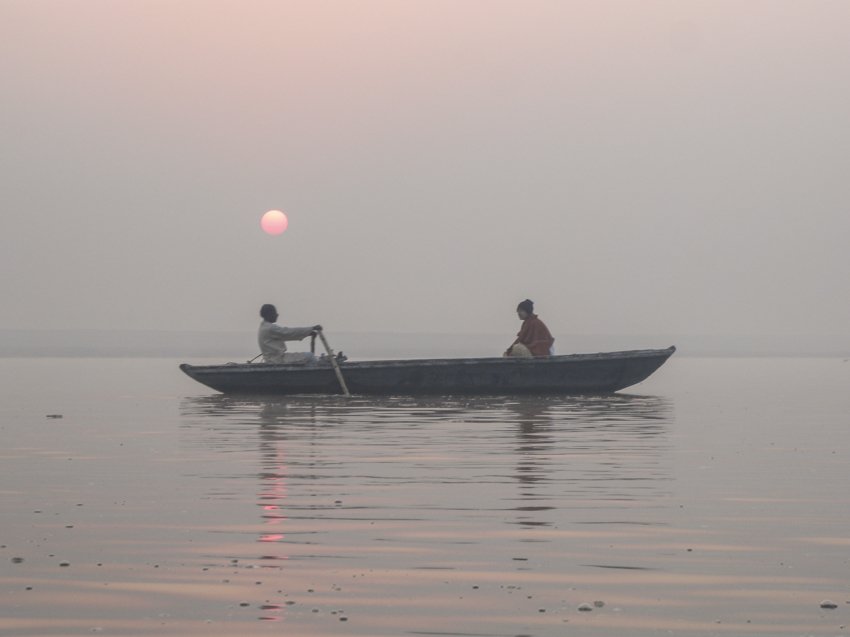 I had decided to do an organised tour for two weeks of a small part of Nepal and India with Gecko Adventures. I should say right away that none of my bad experiences was the fault of the tour company, in fact many of them were unavoidable. I had had a few people suggest to me that I may feel more comfortable travelling in a group rather than on my own around India so I thought a tour (read more about my positive experiences with a tour as a solo traveller here and here) would be good to get a taste of what India, well Rajasthan, had to offer.  I then planned to visit a yoga retreat in the south of India for a week by myself.

The bad weather conditions caused the domestic flights to be cancelled first so it didn’t look like I was even getting out of Germany. After frantic phone calls to the airline, trying to convince the lady it was not so simple to just hop on a 4 hour train ride to Frankfurt just in case they could put me on a flight. I finally convinced her to re-book me on a flight to Frankfurt.

I made my way to the airport, convinced that if I could just get to Frankfurt all would go smoothly. How wrong I was. 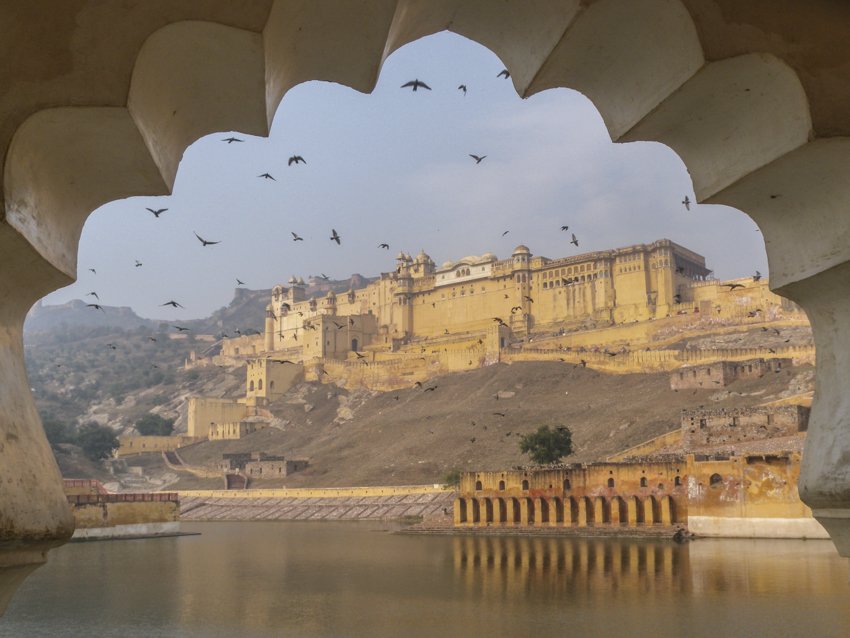 Once I arrived at check-in I was very bluntly told that of course my flight was not going ahead. After standing in a massive line with hundreds of other people who’d had their flights cancelled I was then assured that the flight to Frankfurt was going ahead. Come on people, communication please!

So off I went to Frankfurt, after the flight being incredibly delayed due to weather conditions, filled with trepidation.

I arrived in Frankfurt late in the evening to an almost deserted airport with the exception of a group of Indians whom I could only assume were waiting to board a flight to India and a bunch of people sleeping on army cots.

The handful of airport workers I managed to track down had no idea about my scheduled flight to India, it wasn’t even on the departures board yet but I had a boarding pass!

By this point I had given up hope of flying anywhere that night and had succumbed to the idea of sleeping in the airport filled with hunger (nothing was open to buy any food or drinks). And so began the phone ping-pong between me and the tour company (in Australia on my mobile phone).

After very little sleep that night I dragged myself to the Lufthansa counter at 5am to join every man and his dog to wait in queue so as to have the chance to beg and plead for a seat on a plane that day. I eventually got put on a flight that I was assured would go ahead. Of course, all of the delays meant that I had already missed my connection in Delhi and then Kathmandu.

Upon arrival in Delhi I knew things were not going to go well. I had to collect my backpack and re-check it in for my flight to Kathmandu. Guess what….after so many flight re-schedules my bag didn’t show up! 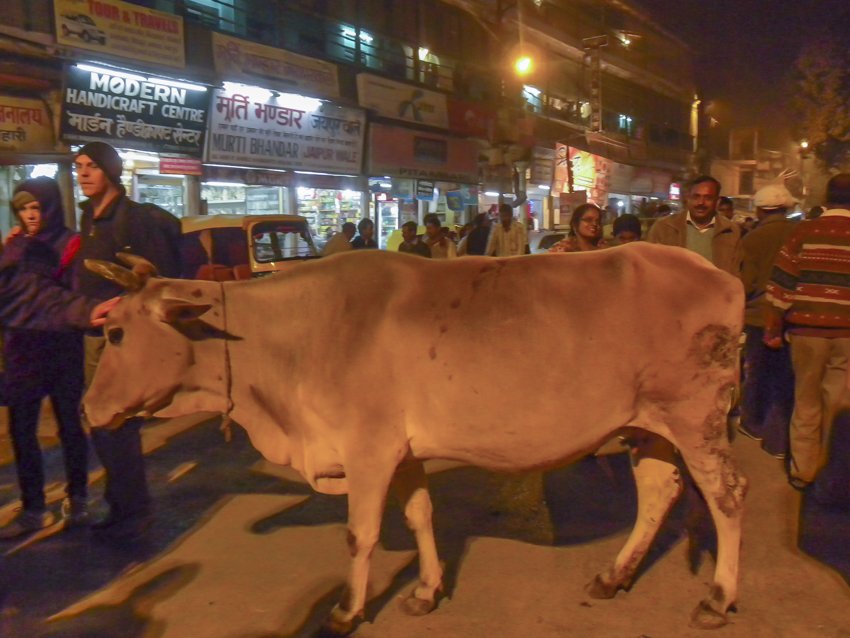 It seemed it was my destiny to spend another night in an airport. Without any clean clothes or toiletries to freshen up. Who knew where my bag was! Lesson learnt there! I have always carried some small toiletries in my carry-on since then.

By the time I arrived in Kathmandu my tour group had well and truly left Kathmandu. I was three days too late. The tour company had actually been really good about it all and organised a poor 20 year-old to help me find some clothes. This story is for another time as it was actually a positive experience, driving around the back of a motorbike through the dusty, crowded streets of Kathmandu like a local.

Now if any of you have ever visited Nepal you would know that Nepalese women are not overly tall or big built (not that I am either) so it became quite a task to find western clothes to fit me.

I eventually found some rather unattractive tops and a pair of pants that would have to do.

Once I had my newly acquired wardrobe the tour company had organized to drive me to meet the rest of the tour group in Chitwan National Park. This turned out to be a rather hair-raising six-hour drive along winding mountain roads filled with crazy Nepalese drivers and several accidents along the way. 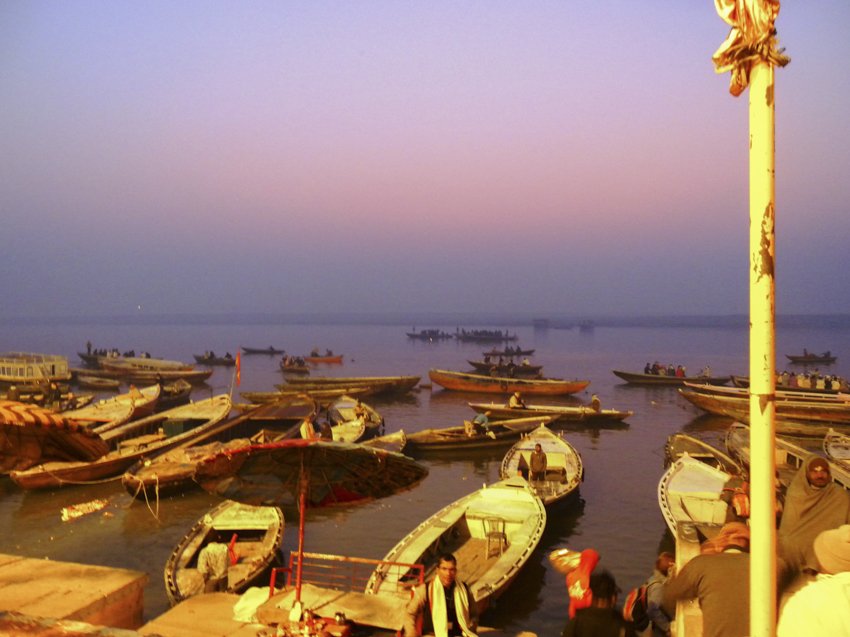 After arriving three days late I met my tour group and my roommate. She seemed nice at first but it quickly became apparent that she was a little weird.

Along with the challenge of biting my tongue with my roommate I did not manage to get my bag back until two weeks after I had checked it in at Hamburg, right at the end of my tour.

What is your lost luggage story?

Unfortunately, the tour was filled with several other mishaps. There were the number of diversions we had to take due to a large number of protests blocking major roads at the time, causing even longer travelling days along bumpy pot-holed filled roads. There was also the train delay on Christmas day where we sat around the hotel all day and night and slept with locals on an overnight train on my birthday.

I know it sounds like I am having whinge-fest here, and I guess I am, but it was uncanny how so many things went wrong on one trip.

On my last night in Delhi I started feeling sick, dizzy and throwing up. By the time I arrived at the Ayurveda yoga retreat after another nail-biting two and a half hour drive up to Tamil Nadu, I felt absolutely rotten with a nose dripping like a tap with a leaky faucet. 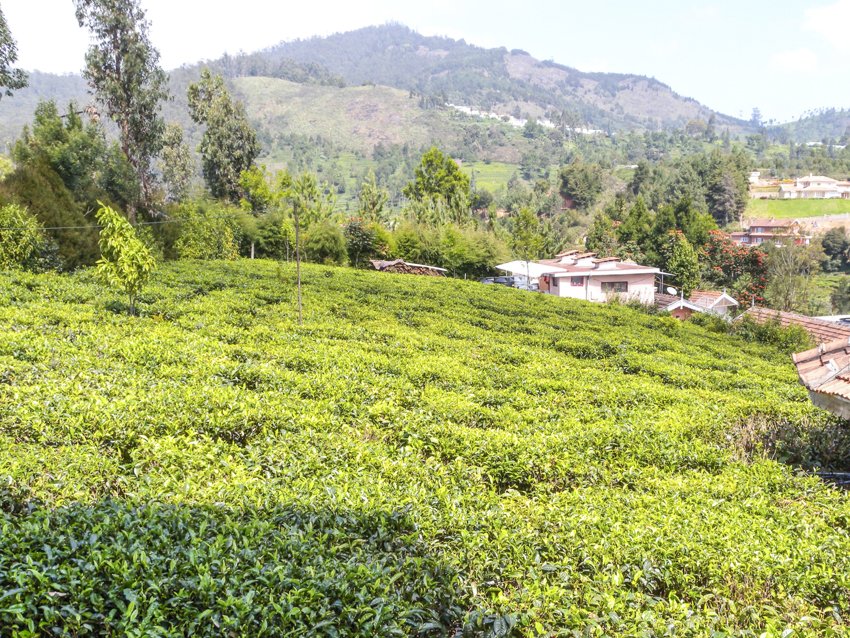 After nearly having a break down when the doctor at the yoga retreat asked how I was feeling, my “treatment” began with a traditional Ayurveda massage. Everything that had happened in the previous two weeks had finally taken its toll.

Thankfully the week at the yoga retreat eating good, clean food, practising yoga every day and having two massages per day worked wonders. I felt healthier and younger after a week of relaxation and an escape from reality.

Sounds like a positive end to a less than pleasant holiday I hear you say?

I arrived back in Hamburg feeling positive and ready to reflect on my trip and the experiences I had had and the things I had seen. Unfortunately, there was one more event to test me. I woke up the morning after arriving home with flu-like symptoms and a scary rash all over my body. I ended up being bed-ridden for the next week.

Ok, this time I promise that is the end of my disastrous trip.

Stay tuned for more about this trip to Nepal (well what I saw of it) and India. I promise I actually did have some wonderful experiences as well.

Have you had a trip where everything goes wrong? Let us know by leaving a comment, you are not alone!

3 Comments on “Have You Ever Been On A Trip Where Everything Goes Wrong?”. Join the Conversation Here!